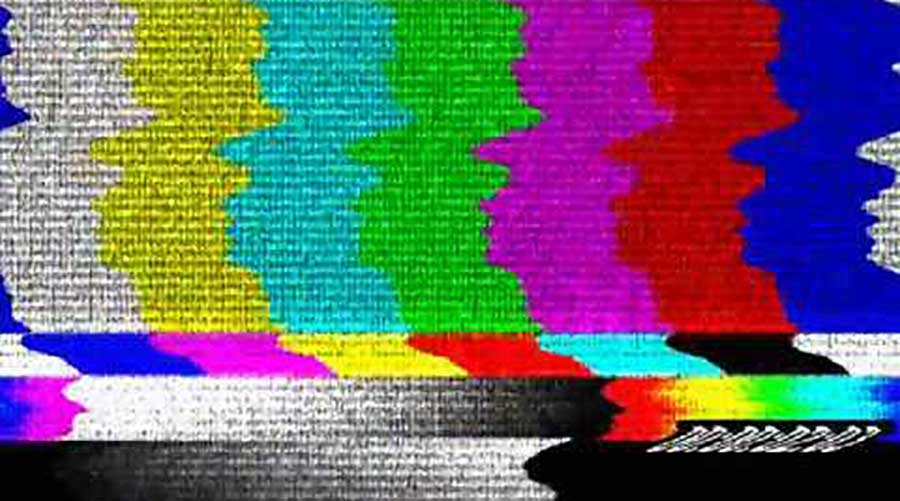 Have you been asked to make your first TV appearance? Congratulations! After you overcome the initial wave of combined fear and excitement, your next thought will be “What should I wear?” Dressing for TV isn’t that hard. It basically comes down to a list of what not to wear. The following tips will help you get ready, feel confident and focus on what you’re going to say. Here are some great tips on how to dress for a TV appearance or interview that answer the following questions:

Although you might look great in a white dress or suit, white is a bad TV color. TV studios are filled with lights. The entire ceiling is often a giant lighting grid. Once all of those lights get turned on, your white outfit will make you glow, look pale and be distracting to viewers.

Sometimes you’ll see TV hosts wearing white. The lighting director will make special adjustments to compensate. This isn’t always the case with guests. So to be on the safe side, avoid wearing white.

Even though it can be slimming, black can also be bad for TV unless everyone else is wearing black. Dark colors will require more lighting. You can soften up a black outfit with a different color shirt, tie, scarf or a jacket. A good look that might work for you is a dark shirt, black jacket, dark jeans, a light scarf and bright shoes to shake things up.

Red has always been a bad TV color. The same way red will bleed in your wash and ruin your other clothes, it bleeds on TV too. Other very saturated colors can also cause problems.

Have you ever seen someone on TV wearing an outfit that appeared to vibrate? They were probably wearing pinstripes, small checks or another intricate design. This is called a Moiré pattern. Don’t wear small patterns. Guys, this includes ties too. Only large patterns.

Unless you’re a rock star or fashion designer, don’t get too carried away with your outfit. You probably want to be remembered for what you have to say and not what you’re wearing on TV.

Also, don’t experiment with new untested outfits or combinations. Stick to something you like and feel comfortable wearing. This will give you more time to focus on what you plan on saying. For example, Playboy model Sarah McDaniel wore a strapless dress on The Late Show with Stephen Colbert and spent the entire interview trying to keep it from falling off. Women will probably want to avoid short skirts or outfits that show too much skin. You will probably want TV viewers to focus on what you are saying and not your clothes… or the lack of them. One exception, Mexican TV meteorologists (aka Mexican weather girls). They break this rule in ridiculous ways. Try Googling “Yanet Garcia” for multiple examples. Men shouldn’t unbutton their shirts beyond one or two buttons. Again, it’s a distraction not to mention tacky.

Also, avoid tan or nude colored fabrics. They might make an optical illusion or the appearance of nudity. UK presenter Gorgi Coghlan had to hold a piece of paper in front of herself during her broadcast after viewers called the station thinking she was topless. 07) No Metals or Shiny Materials

With all of the lights in the studio, you need to avoid metals or anything that shines or reflects. This includes clothing too. Metal jewelry will catch the studio lights and shine into the camera.

Remember you’ll be wearing a lavalier microphone that gets clipped to your shirt or jacket. Anything that might touch it will need to be removed. Also avoid dangling earrings, charm bracelets, or even necklaces that may make noise when you move.

Rings can also be problematic if you are giving a demo or handling products during your appearance. Your rings might hit against objects and make noises.

Also, leave your phone backstage. The last thing you want is for it to ring or chirp while you’re on TV. It’s actually a good idea to empty your pockets. Their contents will make noise, look bulky or tempt you to use with them. For example, Lauren Evans from WILX got caught using her phone on TV. 09) No Logos… Unless They Are Yours

A TV appearance will give you exposure to thousands, maybe millions of people. Avoid wearing anything with logos, including clothing, buttons and name badges. Why give these companies free exposure?

The only exception is if you are showing your logos or branding of course.

Makeup is a must for everyone. The TV station will probably have a makeup person on staff. Say yes when they offer makeup assistance.

At a minimum, you’ll need to powder your nose, forehead, and face. Otherwise, you will look shiny or sweaty. If you are losing your hair, don’t forget to powder your head.

If you have them, wear glare-proof glasses. It’s what all professional TV personalities do. Another option is wearing contact lenses or not wearing your glasses if possible. Just like metals, glasses will reflect light.

The one exception for shininess is shoes. The hosts of the show will all probably be wearing nice shoes. Get your shoes shined the day before so you look as good as them.

If you’re doing a sit-down interview, then your socks will probably be seen on camera. It’s usually best to wear a neutral sock color that matches your outfit. When you sit down or cross your legs, your pants will naturally hike up and reveal your socks. Also make sure that you wear regular length socks, not crew socks. Otherwise, guys, everyone will see your hairy legs.

Sadly I’ve been in the studio when someone in a blue suit wore white gym socks. He was out of clean dress socks and thought no one would see them anyway. Instead, that was all that anyone saw, noticed or remembered from his appearance. Just wear dirty socks if you have to.

It’s usually a good idea to wear a freshly dry-cleaned outfit for your TV appearance. If you can’t, then make sure you give your outfit a good pass with a lint roller to clean up any lint or fuzz. Remember with HDTV, people see now everything.

Should you dress casual or formal for your appearance? Watch the program a few times in advance and ask the producer or your booker for tips. You want to be consistent with the show’s style.

Yes, the camera adds 10 pounds. Every body type is unique, but here are some general tips to help you look slimmer on TV: Don’t test your outfits standing up. Sit down! Remeber you will be sitting during your TV appearance. Avoid baggy clothes. Ladies wear hip-length jackets and wider belts. Wider belts instead of skinny ones actually make you look smaller. No pleats. Flat-front pants help flatten your stomach. V-necks are slimming. A solid color tight dress is probably a bad idea.

TV is a visual medium. It’s impressionistic. After your appearance, people will tell you that they “saw you on TV.” Most people won’t remember the exact details of what you said. But they will remember an impression.

After your first few appearances, try watching yourself on mute. This will help you gauge how you “appeared” on TV. You’ll probably make modifications to your TV wardrobe, your speech patterns and even nonverbal communication.

Good luck and we hope these tips helped! Let us know in the comments.