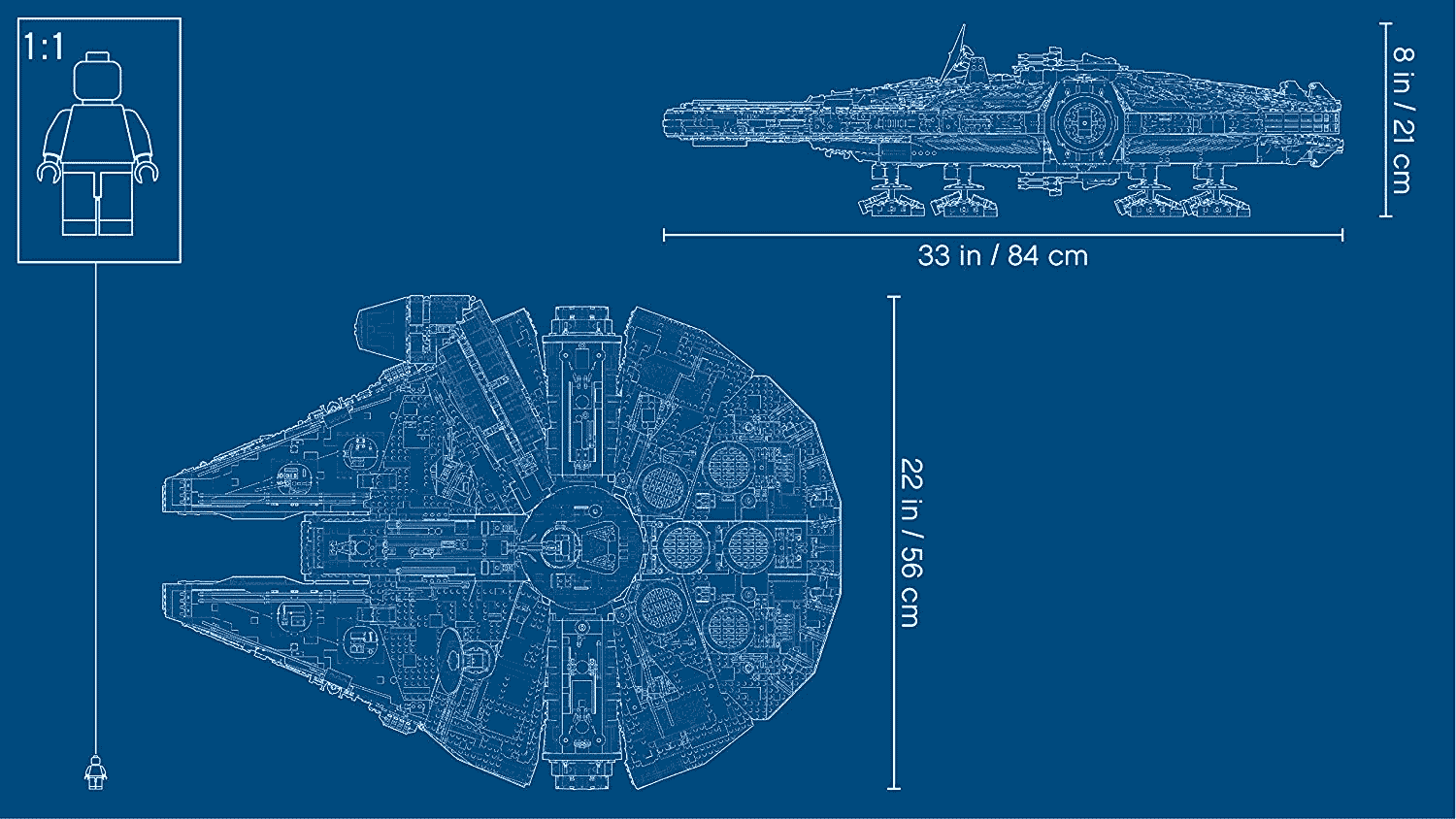 The largest LEGO set ever released, the Limited Edition Millennium Falcon, is coming back and even bigger than before! So if you’ve always wanted a Millennium Falcon Lego Set, then now is your chance. But getting your hands on the new “LEGO Star Wars Ultimate Millennium Falcon” ($800) might be harder than you think.

Back in the fall of 2007, LEGO made international headlines when they first announced the Millennium Falcon. The massive 5,000+ piece set was an instant hit. Even with a $499 price tag, it quickly sold out. Star Wars and LEGO fans who originally balked at the $499 price tag soon had a bigger shock when the set started selling for $3,000+ several years later.

With the May 25, 2018 release of the Star Wars movie Solo on the horizon, it makes a lot of sense to release an updated version of the 2007 Millennium Falcon set. The new Ultimate Collector’s Millennium Falcon has a staggering 7,541 bricks.

In addition to having more pieces, fans get to choose what version of the Millennium Falcon that they want to build: original trilogy, Force Awakens or Last Jedi.

If you’re building a classic version of the Millennium Falcon, it only makes sense for the mini figures to be classic too right? The LEGO set comes with a full cast of mini figures including both classic and new characters like Chewbacca, Princess Leia, Han Solo, Rey, and Finn, just to name a few.

Where Can You Buy The Ultimate Collector’s Millennium Falcon?