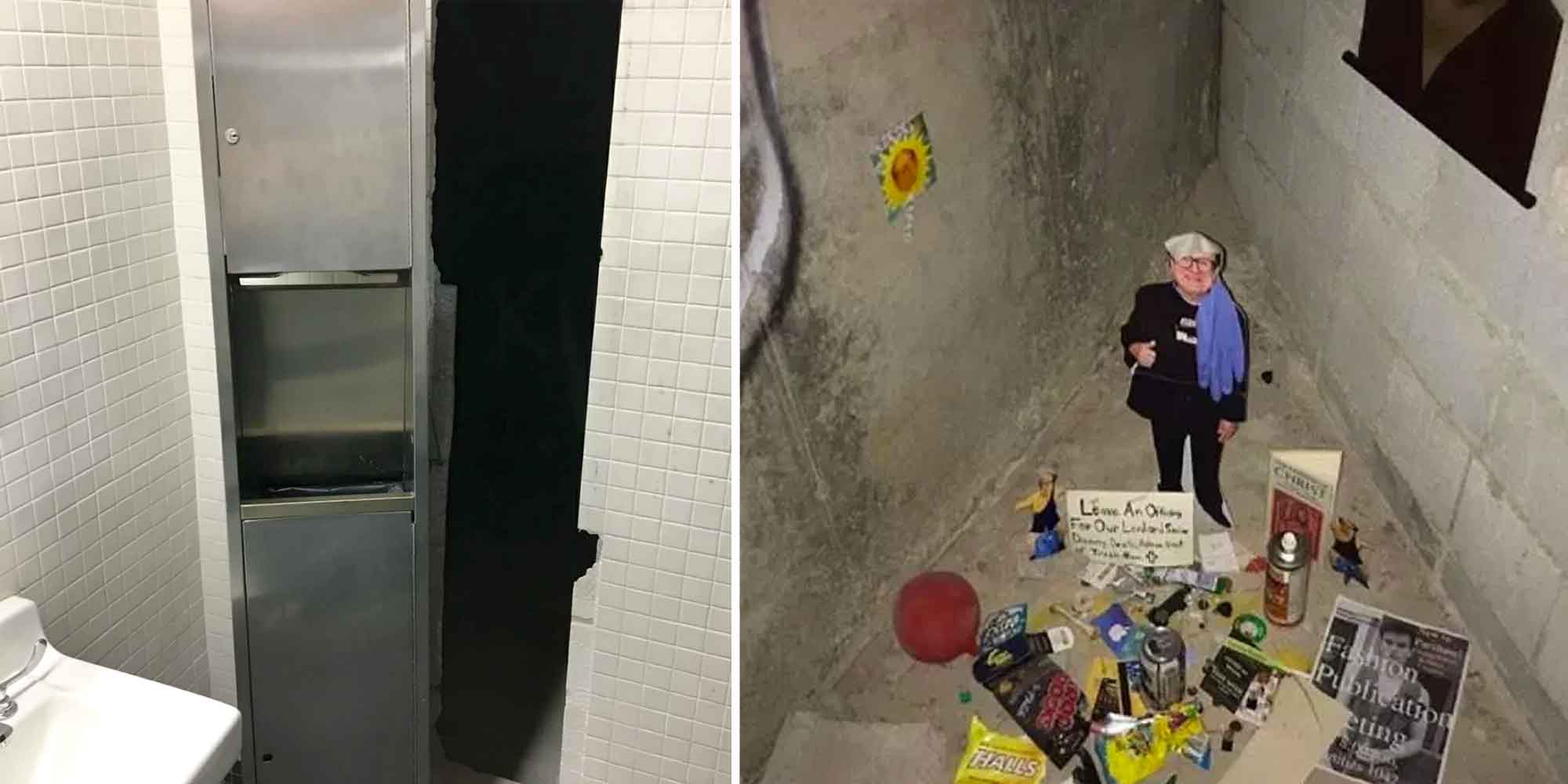 An undisclosed bathroom at SUNY Purchase College hides a secret tribute to an American actor, Danny DeVito. The college, located about 30 miles north of Midtown, Manhattan, often finds itself in the shadows of New York City. But not lately. The secret Danny DeVito shrine has captured the attention of the Internet and gone viral.

How To Get To The Danny DeVito Shrine

To access the shrine, you just need to remove a paper towel dispenser from the wall. The hole leads to a secret room with graffiti on the walls and a small shrine to Danny DeVito.

the best thing about my school is the danny devito shrine hidden behind the paper towel dispenser in one of the bathrooms pic.twitter.com/3jFe0V9eK6

The shine has a bizarre collection of offerings including an iTunes gift card, beer can, bag of Halls cough drops, Pop Rocks, and a rubber glove among other items. A handwritten card next to a mini cutout of DeVito says instructs parishioners to “Leave An Offering for Our Lord and Savior Danny DeVito, Patron Saint of Trash Men.”

@DannyDeVito yo. My college has a secret room that worships you. Come visit!!!!!!!!! SUNY Purchase come through -me and my friends pic.twitter.com/6HMqr85HQx

Who Created The Shrine?

It’s unclear who originally created the secret Danny DeVito bathroom shrine. But one thing is for sure, it’s not a secret anymore. The only thing that could make this story any better is if the SUNY Purchase College Alumni created the shrine. Perhaps as a marketing stunt to lure DeVito to the school as a graduation speaker.

Where To Get A Mini Cutout Of Danny DeVito

Want to create your own Danny DeVito shrine? You can actually buy this same exact mini cutout of DeVito. They sell on Amazon for about $20.

RIP Danny DeVito shrine 🙁 may all the sweet memories bring you solace pic.twitter.com/FJsMjMgJUb