You are here: Home / A clash of titans: NBC’s NFL opener vs. McCain’s RNC speech

Hurricane Gustav blew away the opening night of the Republican National Convention on Monday. Now Republicans are warily eyeing a man-made event — the NFL season opener between the Redskins and Giants — hoping that it won’t complicate the convention’s climax tonight.

The game is scheduled to kick off on NBC at 7:07 p.m. Eastern time, which could put it directly in the path of the convention’s paramount moment, Sen. John McCain‘s speech accepting the party’s nomination. McCain’s address is scheduled during the broadcast networks’ one-hour convention-coverage window between 10 and 11 p.m. 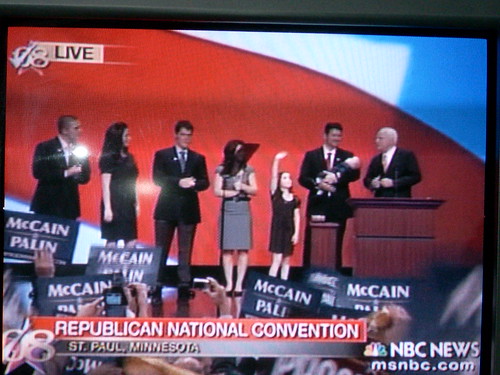 NBC says it expects the game to wrap up within three hours, as both NBC and the NFL say such telecasts typically do. But that’s far from guaranteed. An overtime game, or one extended by an unusual number of disputed calls or injuries, could send the contest past its allotted time. That raises the possibility that the game could conflict with McCain’s speech, or that McCain will have to wait until later in the evening — potentially losing early-retiring viewers.