You are here: Home / A New Kind of Ocean Pollutant: Noise 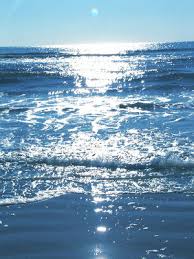 Sleeping with the fishes is getting a lot harder these days. And not because the FBI finally has the mob on the run, either — rather, because noise levels in the world’s oceans are lately reaching staggering levels, in some areas doubling each decade. Whales, dolphins and other marine mammals are finding their feeding and mating patterns disrupted, and some of the noise — like that produced by high-energy military sonar systems — have been linked to outright death in some species of whales.

It’s not so much that the noise we humans produce underwater is greater than what we produce on land, but that creatures of the sea are so much more sensitive to it. Baleen whales emit low-frequency calls that can travel a thousand miles in water — an essential kind of long-distance calling plan for an animal whose kind are far more sparsely distributed than before commercial whaling took hold. Other kinds of whales and dolphins use high-frequency clicks to locate prey, and sound is important to all marine mammals “in ways that are clearly important to their survival, though not completely understood,” according to the BBC.

And it’s not just high-energy sonar from naval operations that’s drowning them out — the engines and propellers of large ships, whose movements across the open ocean are mostly unrestricted, can be a major problem, as well as the seismic blasts associated with offshore drilling operations (drill, Willy, drill!).

Some companies and the Navy have voluntarily turned down the noise (after pressure from the International Fund for Animal Welfare), but the IFAW says it’s not enough: “Humanity is literally drowning out marine mammals,” says its director, Robbie Marsland. “While nobody knows the precise consequences for specific animals, unless the international community takes preventive measures we are likely to discover only too late the terrible damage we’re causing.”