You are here: Home / Entertainment / Internet / Alcoholic Dog Gets Statue in San Diego

San Diego, California may be full of bums these days, but there is one bum long overdue for high honors – Bum, the 19th-century town dog.

Owned by no one, Bum used to hang out at downtown San Diego restaurants and bars, where he became an alcoholic, addicted to beer and whiskey. A Chinese resident, Ah Wo Sue, nursed him back to health, and, eventually, his likeness appeared on dog tags and licenses.

The county Board of Supervisors sent Bum to County Hospital when he was crippled with rheumatism, and at his death in 1898, he received a public funeral paid for by pennies of the children of San Diego. He was beloved by children, who liked to ride on his back. 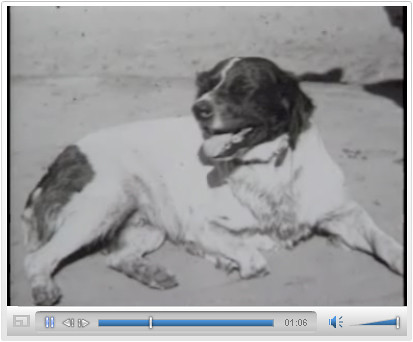 Now, over 100-years later, The Gaslamp Quarter Historical Foundation and San Diego-Edinburgh Sister City Society are building a bronze statue of the St. Bernard-spaniel mix that will be displayed in the Gaslamp Quarter section of downtown San Diego.

KNSD, the NBC station in San Diego, did a news report on Bum and his new statue. You can watch a video of the report here [Source: KNSD Widget]