Universal Studios must be really confident that “Evan Almighty” will be a box office hit. The film, which stars Morgan Freeman and Steve Carell, doesn’t hit theaters until June 22, but in the meantime, the studio has partnered with a host of environmentally conscious marketers to promote the comedy through a green initiative. 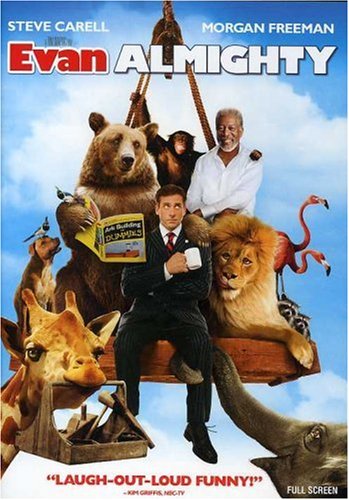 Roughly $25 million in green marketing support is being provided by NBC Universal‘s parent company GE (through its Ecomagination campaign), Sheraton Hotels & Resorts, Travelocity, Environmental Defense Fund, Bear Naked, L.A. Zoo, San Diego Zoo, BP Solar and Dell Computers to help launch its “Get on Board” eco-awareness campaign and give audiences tips on how to help slow the effects of global warming — while letting them know “Almighty” is hitting theaters.

This $25M in “green marketing” cash is on top of the millions Universal will spend to open the film.

NBC Universal better hope Evan Almighty is a huge hit. Rumors say the company spent around $175M just making the film. Add in  millions in marketing support and you have a risky recipe for financial disaster. Personally, I have my doubts Evan Almighty can turn a profit. Here’s the trailer. What do you think?