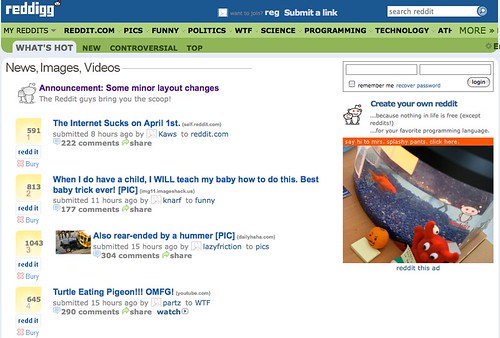 Reddit Reborn as Redigg – Are the crowd-sourcing wars over? If you go to http://reddit.com today you might think you accidentally typed in Digg.com. For their April Fools Day joke, Reddit mockingly adopted their competitor’s design and were reborn as Reddigg! 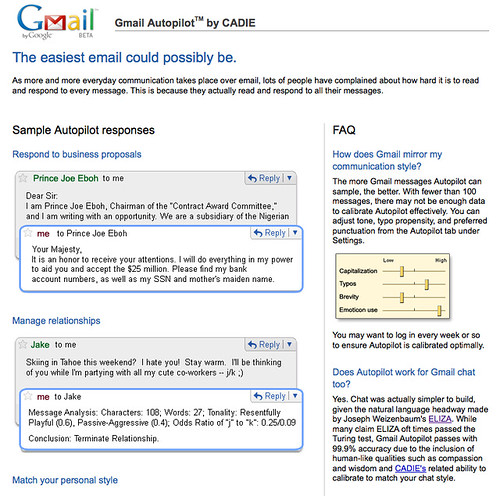 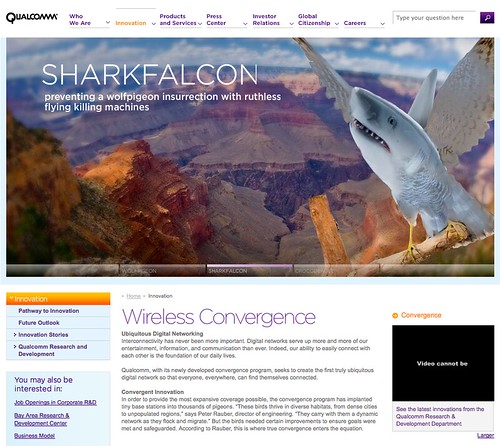 Qualcomm’s Wireless Convergence – Qualcomm has a plan to help increase wireless coverage: put tiny base stations in pigeons and make their wireless network accessible anywhere in the world. But how does Qualcomm protect their pigeon transmitters from feral cats? By splicing the pigeons with wolves and giving them the skills and tenacity they need to survive in the wild. But how do you control a winged wolf population in the wild? Can you say Sharkfalcon? What about Crocodegle? It gets a little complicated. You might want to watch this YouTube clip from Qualcomm that helps explain how they plan to control all these new winged predators/transmitters in the wild. 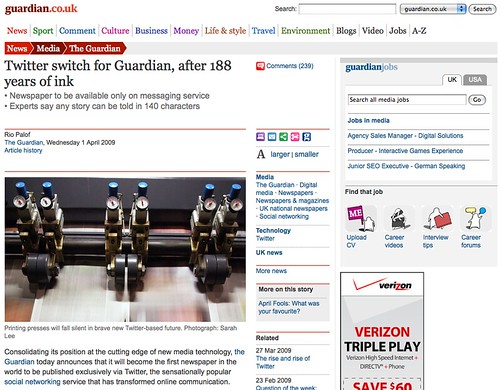 Guardian Switches to Twitter – Sure the newspaper industry is a dieing dinosaur but… switching to Twitter? For their April Fools Day joke, the Guardian informed readers that after 188 years of publishing, the newspaper will now only be available via Twitter. According to “experts” cited in the article, any news story can be told in 140 characters (the maximum number of characters Twitter allows per update).