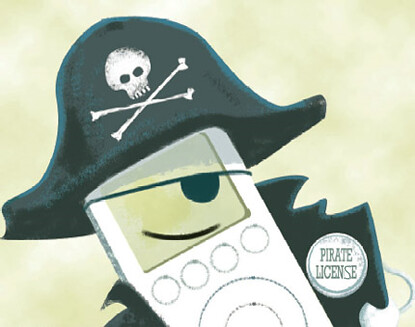 When they’re not growing weed, playing hockey, or attending gay weddings, apparently Canadians are busy stealing music more than anyone else in the world, aye. And almost a decade of theft is hurting the music selling biz in Canada. Oh noes!

According to an article in Variety, music sales in Canada dropped 4% last year. This dip is just part of a 10-year decline that the Canadian Recording Industry Assn. blames on illegal music downloading.

So why are the Canucks all crooks? Probably because Canada hasn’t updated their copyright legislation yet to cover digital music. As a result, it has the highest online piracy rate per capita in the world, according to the Intl. Federation of the Phonographic Industry; the CRIA says 1.6 billion music files are swapped annually in Canada.

As long as it isn’t illegal, Canucks are happy just downloading music for free. Aye?