The Clemson Tigers Marching Band did a fantastic tribute to everything Nintendo. Here's a play-by-play of everything they did for the stadium audience.

The Clemson Tigers Marching Band did a fantastic tribute to everything Nintendo at a recent game. The performance was captured on video and uploaded to YouTube. Here’s a play-by-play of everything they did for the stadium audience.

Clemson Tigers Marching Band began by forming the shape of a Nintendo controller and then playing the Super Mario Bros. theme song. 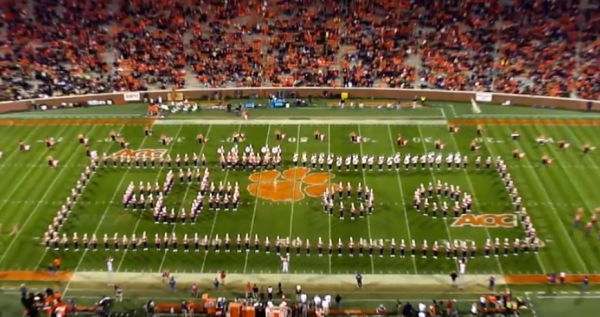 In honor of Nintendo’s most iconic character, the band then forms the shape of Mario’s head complete with mustache and little hat. 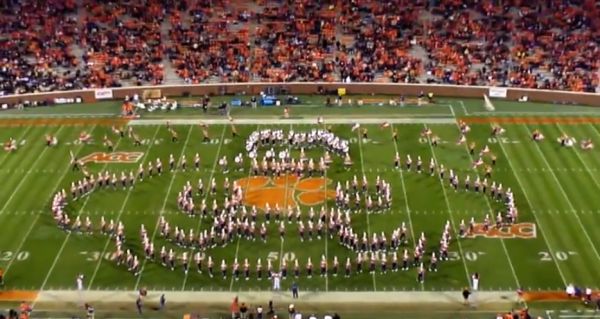 Then while playing Super Mario Bros. underground level theme music, they form the shape of the most pathetic video game villain of all time, Goomba the mushroom. 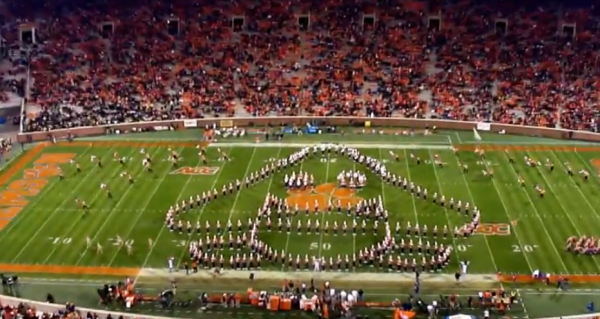 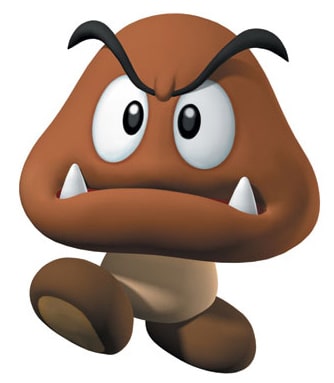 The Super Star Power Up

Next, the band plays Mario’s “Power Up” theme and forms the shape of the Super Star power up that makes players temporarily invulnerable to all damage, except to hazards that would normally be fatal, like lava or time-over. 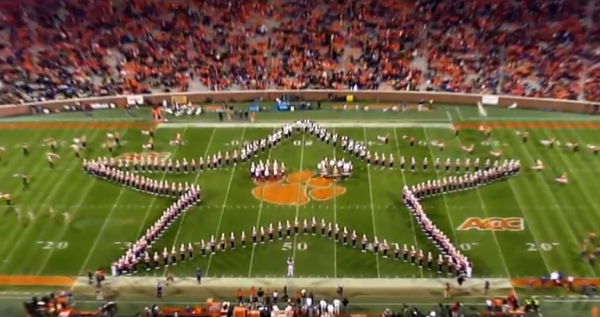 The next shape is tough to figure out, but when the band starts playing the Super Mario Bros. underwater theme song, it’s obviously the squid character called Blooper. 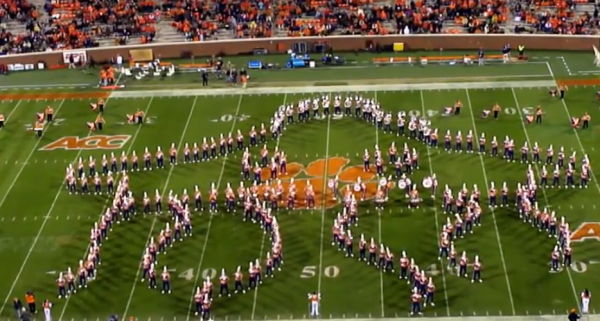 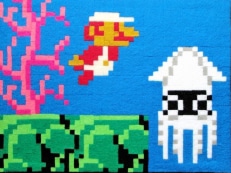 Then the band forms the castle and flag at the end of every Super Mario Bros. level complete with fireworks. The flag descent was a cute touch. 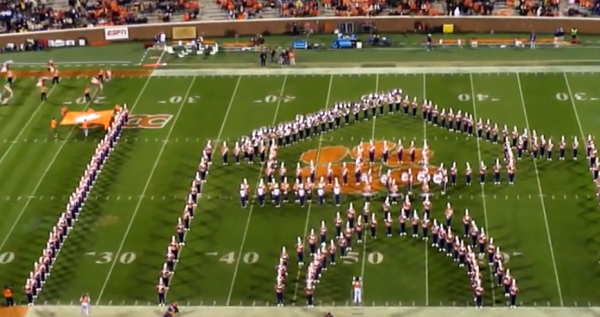 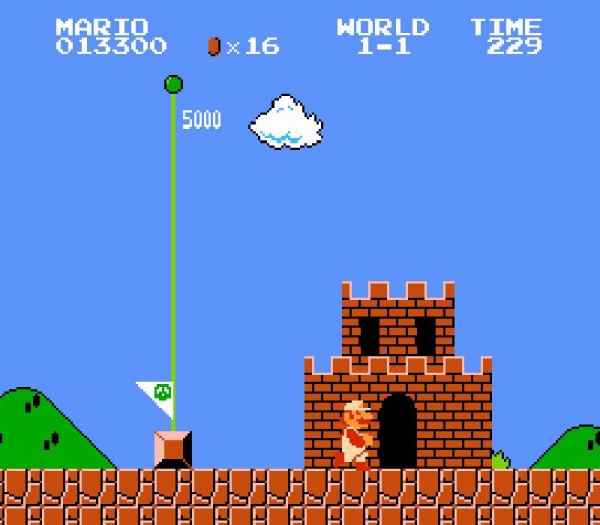 And just when you think it’s over, the band starts playing the Zelda theme song and forms the shape of the Triforce and Zelda complete with an animated sword swing. 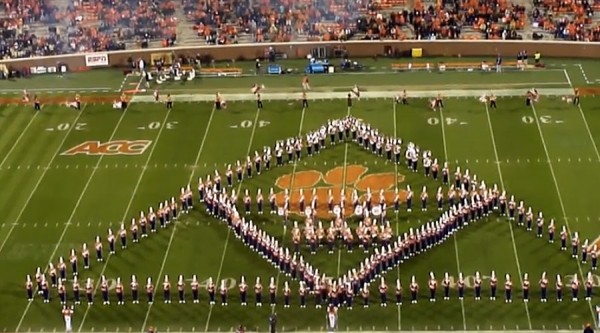 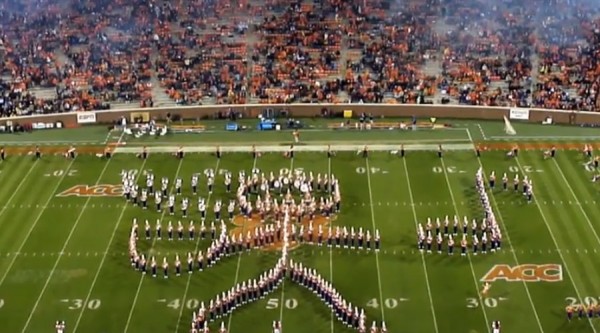 The funniest part of this video is the people who recorded it. They didn’t know what was going on. Does anyone know what language they are speaking? Please leave a comment below.