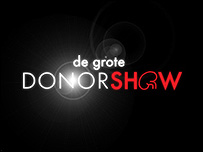 A Dutch TV station says it will go ahead with a programme in which a terminally ill woman selects one of three patients to receive her kidneys.
Political parties have called for The Big Donor Show to be scrapped, but broadcaster BNN says it will highlight the country’s shortage of organ donors.
“It’s a crazy idea,” said Joop Atsma, of the ruling Christian Democrat Party.
“It can’t be possible that, in the Netherlands, people vote about who’s getting a kidney,” he told the BBC.
The programme, from Big Brother creators Endemol, is due to be screened on Friday night.
The 37-year-old donor, identified only as Lisa, will make her choice based on the contestants’ history, profile and conversation with their family and friends.

Viewers will also be able to send in their advice by text message during the 80-minute show.

The Dutch donor authority has condemned the show, as have kidney specialists in the UK.
“The scenario portrayed in this programme is ethically totally unacceptable,” said Professor John Feehally, who has just ended his term as president of the UK’s Renal Association.
“The show will not further understanding of transplants,” he added. “Instead it will cause confusion and anxiety.” 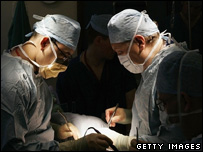