You are here: Home / Desperation all too real on ‘Real Housewives of Orange County’

Desperation all too real on ‘Real Housewives of Orange County’

Four women sit at a table attempting to counsel a fifth. The youngest of the group has brought up that, while her much older and very wealthy fiancé is dying of cancer — he is languishing in the hospital as they speak — and she has been his primary caretaker for the last two years, she does not know if she is a beneficiary of either his will or his insurance policy. What should she do?
In the hands of a novelist or playwright, this would be one of Those Moments, in which the small tap of a simple question shatters the brittle facade of social convention and reveals the true nature of things. Marriage or money, the bitter complications of love or the irreducible chasm between expectation and reality.

Instead, the conversation quickly devolves into a petty power play, suffocated by a narcissism so dense you would think it was made of Spanx. Vicki Gunvalson, Jeana Keough and Tamra Barney all advise Gretchen Rossi to get on that beneficiary list before it’s too late, because that’s what they’d do. When Lynne Curtin disagrees, Vicki accuses her of being rude and confrontational, and flounces off. 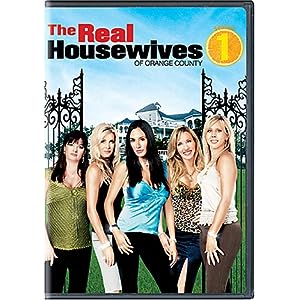 So it’s true then. John Updike is dead, and we are left with “The Real Housewives of Orange County.”