You are here: Home / Learn / Environment / The 5 Most Environmentally Friendly American Presidents

The 5 Most Environmentally Friendly American Presidents

In chronological order, here are the most environmentally friendly presidents in U.S. history.

A president’s environmental stance is one of the most important positions that they can take during their administration. Although environmentalism may seem like a current issue, there have actually been several great examples of U.S. presidents that did a lot for the environment throughout history. In chronological order, here are the most environmentally friendly presidents in U.S. history.

I think it’s safe to say that Abraham Lincoln is not really remembered for his environmental legacy. Freeing the slaves and presiding over the Union during the Civil War was far more famous and important, and they deservedly overshadow his accomplishments in other areas.

Just because he’s not remembered as an environmentalist doesn’t mean he didn’t do anything for the environment though. In 1862 Lincoln established the U.S. Department of Agriculture (USDA). At the time more than 90% of Americans were farmers, so this was an important and powerful department. The USDA still has a major impact on our environment, as does U.S. agriculture.

That wasn’t Lincoln’s only contribution to the environment and the sciences. He authorized the establishment of the National Academy of Sciences in 1863. He also signed one of the first conservation laws, which helped lay the foundations of the national park service. In 1864 Lincoln signed a bill which established protection for the Yosemite Valley in California. The aim of the bill was the protection of the valley’s trees, an idea that had gained support when a massive and famous redwood called the Mother of the Forest was felled in 1851, sparking outrage across the country.

Teddy Roosevelt is more famous for his environmental actions than any other president in history. A committed outdoorsman, he made conservation of America’s natural resources a cornerstone of his policy. He repeatedly lobbied Congress to pass measures for the conservation of forests, water, soil, and wildlife.

Roosevelt is mistakenly credited for the creation of the National Park Service, which was actually created by Woodrow Wilson in 1916. What Roosevelt created was the National Wildlife Refuge System. He designated Pelican Island, Florida the first National Wildlife Refuge in 1903. He proceeded to place large areas of land under federal protection during his presidency, about 230 million acres in total. This was made easier by the 1906 Antiquities Act, which gave a president the ability to designate areas as national monuments without Congressional approval. This gave the lands some federal protection, and Roosevelt took full advantage of the act. 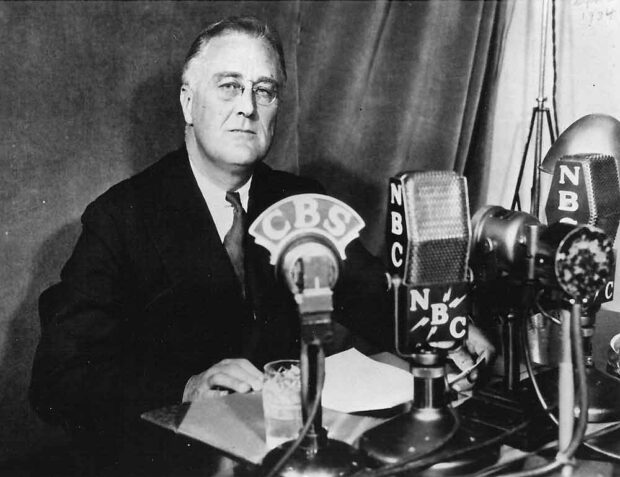 The next Roosevelt to arrive in office also had a great environmental impact, although he couldn’t compare to his elder relative. FDR’s most important contribution to American environmentalism was the establishment of the Civilian Conservation Corps (CCC). The CCC was intended to help decrease unemployment during the Great Depression as part of FDR’s “New Deal”. More than 2.5 million people served in the CCC from 1933 to 1942. They planted millions of trees, opened summer camps, and generally improved America’s infrastructure and environment.


Franklin Roosevelt pushed a lot of legislation through Congress during his time in office, so it’s no surprise there were several other environmental bills he signed into law. Both the Soil Conservation Service and the Federal Aid in Wildlife Restoration Act were passed during FDR’s time as president.

Richard Nixon was a manipulative, sneaky criminal who fought dirty and mercilessly attacked his enemies. By most accounts, he was not a nice person. That being said, Nixon’s signature made some of the most important environmental legislation in U.S. history into law.

In 1970 he signed the Clean Air Act and created the Environmental Protection Agency. While the EPA has spent the last few years protecting the environment by telling California it should let cars pollute more, it once did a decent job of trying to make our environment better.

1972 was a banner year for environmental legislation. Here’s a list of some of the bills passed that year: Coastal Zone Management Act, Ocean Dumping Act, Marine Mammal Protection Act, Federal Insecticide Act, Fungicide Act, Rodenticide Act, and the Toxic Substances Control Act. The rest of Nixon’s term was no less eventful, and it saw the Endangered Species Act passed in 1973 and the Safe Drinking Water Act in 1974.

You may not like Nixon, I sure don’t, but he presided over a time that saw more powerful environmental protection laws enacted than any before it. He probably didn’t care about all of them and we all know about his downfall, but we shouldn’t ignore this important period in U.S. environmental history.

Like Roosevelt before him, Carter didn’t just sign environmental laws. Carter lobbied for their creation and passage as well. From the first year of his presidency, he was active in environmental issues. 1977 saw the creation of the Department of Energy, as well as the passage of the Soil and Water Conservation Act, the Surface Mining Control and Reclamation Act, and amendments on the Clean Air Act which helped set clean air standards. The next year, Congress passed the National Energy Act, Antarctic Conservation Act, and Endangered American Wilderness Act.

It was 1980, however, that was Carter’s biggest personal triumph in lobbying Congress. Earlier that year the Superfund legislation was passed, giving the EPA the funds and responsibility to clean up abandoned toxic waste dumps. Carter’s biggest personal victory that year, however, was the passage of the Alaskan National Interest Lands Conservation Act. Carter and others, including a number of celebrities, had lobbied hard for the passage of the bill. The act conserved more than 100 million acres 26 rivers in Alaska.

The Most Environmentally Friendly Presidents in U.S. History

So there’s our list of the top environmentally friendly presidents. I’m sure not everyone will agree with all of them. Please share your list in the comments section.