You are here: Home / Uncategorized / GE Goes Back to School for Innovation; Jeff Immelt told employees to

GE Goes Back to School for Innovation; Jeff Immelt told employees to 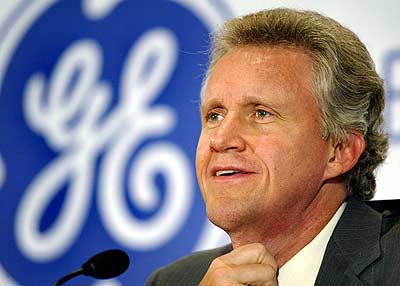 At midterm we took you to the Congo and gave you malaria,” Roel Punzalan, a 26 year-old product design student from the Philippines said as the lights went down in a funky concrete studio on the edge of the Art Center College of Design’s Pasadena [Calif.] campus. “Now, hopefully, we’ll cure it.”

Punzalan was joking, of course. His presentation was one of several that students of the well-known design school nestled in the hills near Los Angeles gave to corporate customers including BMW, Honda, and Nestle on Dec. 7. Art Center calls it Super Thursday, the day when, after a semester of working on a corporate assignment, students deliver their ideas. Art Center has been working with corporate clients almost since its founding in 1930, and design schools around the world engage in similar projects.

It’s a first, however, for General Electric’s health-care unit, which sells $15 billion a year worth of clunky X-ray machines, CAT-scan machines, and ultrasound testing equipment. The health-care division has long been a technology innovator. But it has historically tried to differentiate its products by getting better and faster readings from its instruments — “feeds and speeds” as Lou Lenzi, the general manager of global design at GE Healthcare, puts it. So turning to art school students for ideas is a significant departure.
MORE