Is the Street View feature from Google Maps finally making its way over to the iPhone?

For the past few years Google has been sending out special cars mounted with 360º 11-lens cameras that take street level panorama photos for Google Maps.

But according to Mac Rumors, a developer version of the upcoming iPhone 2.2 firmware update includes Google Street View. Let’s hope Google also gives the iPhone their new Compass View feature that debuted with Android. Compass View automatically senses your orientation and will rotate the Google Street View panorama to match the direction you are facing. 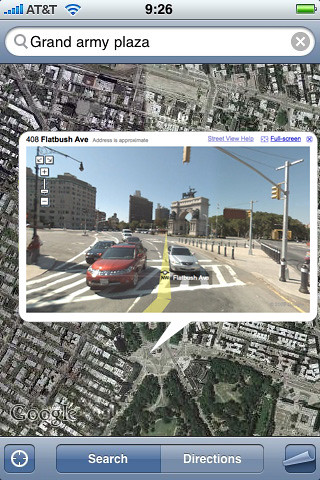 Here’s a video of the Compass feature being shown on stage at an Android demo: