Laser-Etching Drives Come to the Mac

Ever wanted to laser-etch some labels onto DVDs you've burned, but wanted to do it on your Mac ? Now you can. 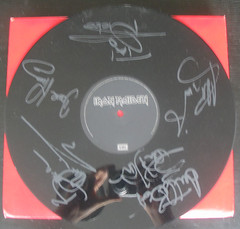 Ever wanted to laser-etch some labels onto DVDs you’ve burned, but wanted to do it on your Mac ? Now you can.

Laser engraving is the practice of using lasers to engrave, etch, or mark an object. The technique can be very technical and complex, and often a computer system is used to drive the movements of the laser head. Despite this complexity, very precise and clean engravings can be achieved at a high rate. The technique does not involve tool bits which contact the engraving surface and wear out. This is considered an advantage over alternative engraving technologies where bit heads have to be replaced regularly.

Standard cast acrylic plastic, acrylic plastic sheet, and other cast resins generally laser very well. A commonly engraved award is a cast acrylic shape designed to be lasered from the back side. Styrene (as in compact disc cases) and many of the thermoform plastics will tend to melt around the edge of the engraving spot. The result is usually “soft” and has no “etch” contrast. The surface may actually deform or “ripple” at the lip areas. In some applications this is acceptable; for example date markings on 2-litre soda bottles does not need to be sharp.

For signage and faceplates, etc., special laser-engraving plastics were developed. These incorporate silicate or other materials which conduct excess heat away from the material before it can deform. Outer laminates of this material vaporize easily to expose different colored material below.

Other plastics may be successfully engraved, but orderly experimentation on a sample piece is recommended. Bakelite is said to be easily laser-engraved; some hard engineering plastics work well. Expanded plastics, foams and vinyls however are generally candidates for routing rather than laser engraving. Urethane and silicone plastics usually don’t work well– unless it is a formulation filled with cellulose, stone or some other stable insulator material.