You are here: Home / Man flies 193 miles in lawn chair

With instruments to measure his altitude and speed, a global positioning system device in his pocket, and about four plastic bags holding five gallons of water each to act as ballast — he could turn a spigot, release water and rise — Couch headed into the Oregon sky.

Nearly nine hours later, the 47-year-old gas station owner came back to earth in a farmer’s field near Union, short of Idaho but about 193 miles from home.

“When you’re a little kid and you’re holding a helium balloon, it has to cross your mind,” Couch told the Bend Bulletin.

“When you’re laying in the grass on a summer day, and you see the clouds, you wish you could jump on them,” he said. “This is as close as you can come to jumping on them. It’s just like that.”

Couch is the latest American to emulate Larry Walters — who in 1982 rose three miles above Los Angeles in a lawn chair lifted by balloons. Walters had surprised an airline pilot, who radioed the control tower that he had just passed a guy in a lawn chair. Walters paid a $1,500 penalty for violating air traffic rules.

It was Couch’s second flight. 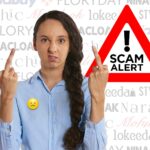