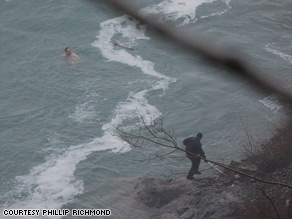 Niagara Falls Fire Capt. Dave Belme said the man was not wearing any clothes when he was rescued, but he added that it’s not unexpected for a person to lose things while being washed down the falls.