NBC Universal’s PPV and VOD division created a Flash-based interactive game to test consumer’s knowledge of classic comedies, featured this month on demand. You can also play online [link]. The game is called Name That Comedy. Users can match quotes with characters and guess which films the characters belong to. 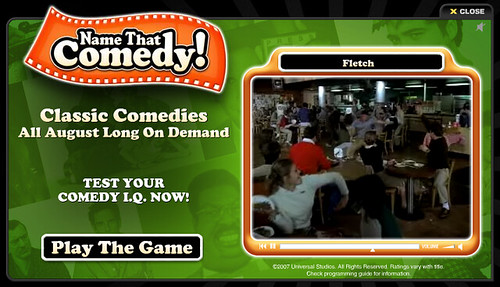 Pathologist: Ever seen a spleen that large?
Fletch: No, not since breakfast.