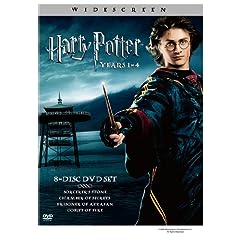 Harry Potter will soon be working his wizardry in Florida with a 20-acre attraction that could spawn Hogwarts castles at theme parks worldwide.

On Thursday, Warner Bros. Entertainment and NBC Universal Orlando Resort took the wraps off the $200-million-plus “The Wizarding World of Harry Potter,” capturing the amusement park industry’s most sought- after cast of characters.

The project, expected to open in late 2009, extends the global juggernaut of British author J.K. Rowling, whose tales of wizards, “muggles” and broom-riding games of Quidditch have sold 325 million books and produced four films grossing $3.5 billion.

“Winning this is the Kentucky Derby, the Super Bowl, the Stanley Cup, the NBA and the Indy 500 all rolled into one,” said Dennis Speigel, president of Cincinnati-based consulting firm International Theme Park Services.

The addition to Universal’s Islands of Adventure comes amid a relatively healthy theme park business that has rebounded from the Sept. 11, 2001, terrorist attacks. But soaring fuel prices, and a potentially slower economy, threaten to crimp family vacation plans.

Nonetheless, Universal’s licensing deal with Warner triggered an immediate frenzy among Potter devotees, Internet bloggers and industry observers. Because of the popularity of the “Harry Potter” books and films, many believe similar attractions could eventually come to Universal Studios Hollywood, Japan, Spain and other areas where Universal has theme parks, or plans new ones.