Yesterday, the NPD Group released video game hardware sales data for April. Nintendo’s Wii and DS consoles were again the big winners, as both platforms dominated all competitors. This marks the 4th month in a row that Nintendo has nabbed the top spots with its respective systems on the hardware sales charts.

The Nintendo DS was the overall best-selling system of April with approximately 471,000 units sold — more than twice that of the Sony PSP, which only managed to sell 182,000 units. 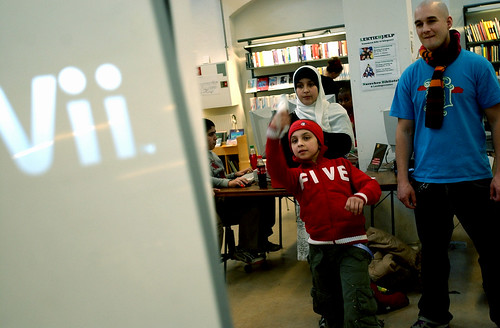 Despite being in limited supply, the Nintendo Wii was the best-selling console for the month. More than 360,000 new consumers purchased Nintendo’s home console in April. The second best-selling home system was the Sony PlayStation 2 with 193,000 units sold. Microsoft’s Xbox 360 managed 174,000 units sold and Sony convinced only 82,000 people to purchase a PlayStation 3 for the month, lower than all analyst estimates.

Nintendo was also the #1 software publisher for the month, releasing the top 4 best-selling games — Pokemon Diamond and Pokemon Pearl for DS, and Super Paper Mario and Wii Play for Wii. The Pokemon titles sold a combined 1.7 million games in about a week.

According to VG Chartz, the Nintendo Wii has sold 2.5m consoles in Japan, 2.8m in the US and 1.79m in the rest of the world since its official launch late last year.