You are here: Home / Entertainment / Music / Fans Get To Pay Whatever They Want For New Radiohead In Rainbows Album

Radiohead is selling its newest album for whatever price point consumers feel they should pay for it. The Radiohead In Rainbows 10-track album will be released as a digital download starting October 10, 2007.

Radiohead is making its newest album, In Rainbows, available online at whatever price point consumers feel they should pay for it. The Radiohead In Rainbows 10-track album will be released as a digital download starting October 10, 2007. The announcement was made online by Radiohead guitarist Jonny Greenwood.

Radiohead In Rainbows: Pay Whatever You Want For It

When users try to order In Rainbows on Radiohead.com, they will see a question mark next to a blank price box. If you click on the question mark, the message “It’s up to you” comes up. A subsequent screen reassures fans: “No really, it’s up to you.”

A CD Release For In Rainbows Is Coming Next Year

Unfortunately, because In Rainbows will only be available on Radiohead’s website, the album will not be eligible for chart ranking. It’s too bad. I’m sure they’d be #1.

The band, led by Thom Yorke, is also planning a traditional CD release of In Rainbows for early 2008 that they will publish themselves. Radiohead decided not to use a record label after fulfilling their contract with EMI following their 2003 album ‘Hail to the Thief.’

Did Radiohead just hammer the last nail into the record industry’s coffin or make a huge mistake? Time will tell. In the meantime, at least we can’t get busted for downloading a torrent of In Rainbows. 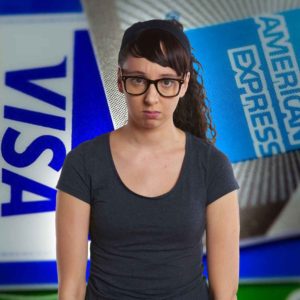