Pes from EatPES.com frequently makes stop motion short films and commercials, but their latest work titled “Game Over” is a masterpiece.

“Game Over” is a medley of several 1980s arcade games including a stop motion version of Centipede done with cup cakes and a pizza and pillow case version of Pac-Man. Seriously, it’s great stuff and will be one of the easiest 5 star ratings you’ve ever given to a YouTube video. 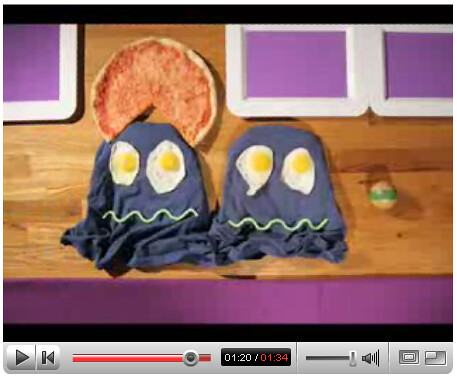 If you get a chance, head over to Pes’ site and watch some of the other stuff. We recommend the Bacardi commercial. Amazing work.

In case all this Pac-Man talk makes you feel like gobbling up some ghosts, here’s a web browser based version of Pac-Man.