A team of hackers dubbed “Anonymous” breached Gov. Palin’s Yahoo e-mail account, and posted a number of announcements and screenshots to several sites on the Internet including Wikileaks.org and Gawker.com. The hackers were able to mask their tracks by using a CTunnel.com proxy server, but the released screenshots include some partial IP data which authorities might be able to use to catch them. 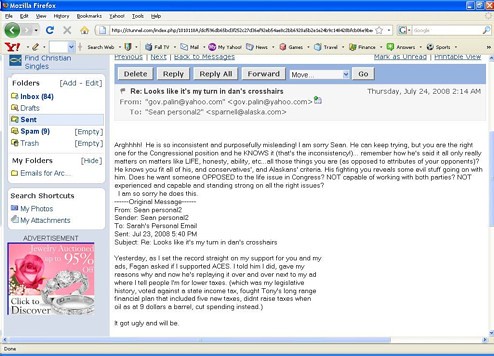 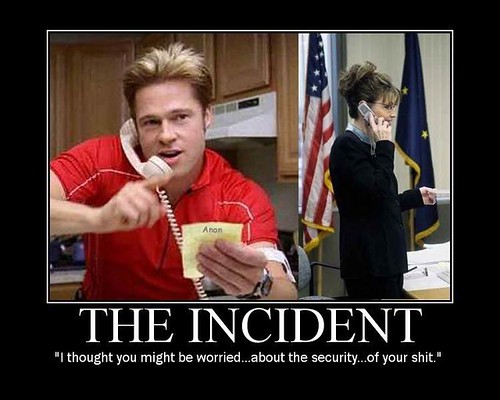 The John McCain campaign released this statement about the Yahoo the incident:

“This is a shocking invasion of the governor’s privacy and a violation of law. The matter has been turned over to the appropriate authorities and we hope that anyone in possession of these e-mails will destroy them.”

John McCain has nothing to worry about. McCain doesn’t even know how to use a email (we’re not joking).