You are here: Home / Uncategorized / The rise and rise of file-sharing

The rise and rise of file-sharing 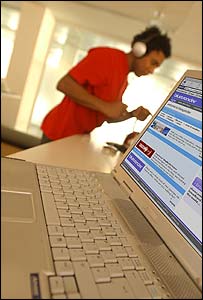 Copying music has been commonplace since the invention of the tape recorder, whether the music industry liked it or not.

Legal pitfalls and copyrights galore. The story remains for those uploading free music for others to download to their home PC’s via P2P networked machines and software enabling them to do so, such as Kazaa.

A technology such as P2P, initially ignored by the RIAA and legal buffs, now remains and has become a strong hold for battle. Under-estimated technology gaps in various cultures have exploited digital music trading via P2P systems, and continue to do so more everyday.