You are here: Home / Learn / Business / What does one TRILLION dollars look like?

We’ll start with a $100 dollar bill. Currently the largest U.S. denomination in general circulation. Most everyone has seen them, slightly fewer have owned them. Guaranteed to make friends wherever they go. 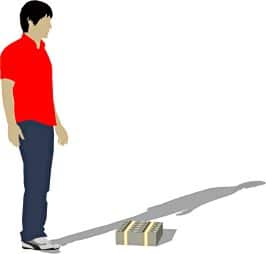 While a measly $1 million dollars hardly looks impressive, $100 million is a little more respectable. It fits neatly on a standard shipping pallet. 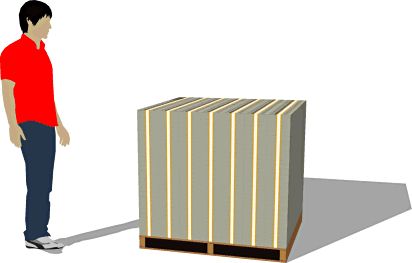 Are you ready for this? It’s pretty surprising. Ladies and gentlemen, I give you $1 trillion dollars! And notice those pallets are double stacked.

How Tall Is A Trillion Dollars In $1 Bills?

The US Debt Crisis

So the next time you hear someone say “____ trillion dollars,” this is how much they are actually talking about. By the way, the US is several trillions of dollars in debt with little hope of ever recovering.