Have You Seen This Renaissance Festival Wedding With Robin Hood Battle Scene?

Have you ever witnessed a renaissance festival wedding before? This real renaissance themed wedding took place at the New York Renaissance Faire.

Even if you’ve attended a local Renaissance Festival in the past, chances are you’ve never witnessed a renaissance festival wedding before. This real renaissance themed wedding took place at the New York Renaissance Faire and features a battle scene between The Sheriff Of Nottingham and Robin Hood.

If anyone knows any reason why this couple should not be joined in holy matrimony, let them speak now or forever hold their peace… with that, The Sheriff Of Nottingham barged in and attempted to kiss Maid Marion right in front of her groom.

Oh, the drama! Welcome to a Renaissance Faire wedding. It happens all the time on TV. I mean how many sitcoms and dramas have used interrupted nuptials to get higher ratings, but have you ever seen a wedding disrupted in real life?

After the attempted kiss, the Sheriff addressed the audience and said, “The Mormons can have more wives and magical underwear, so I am going to marry you too!” Thankfully the groom, I mean Robin Hood, was nearby and quickly thwarted the Sheriff’s devious plans. 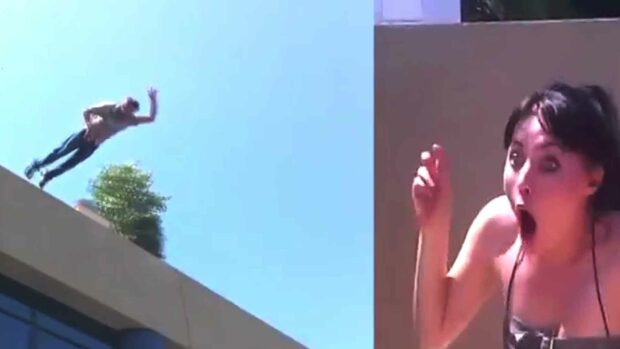 From the Apple Store Webcam Proposal to this guy jumping off a building with the ring this Renaissance Festival wedding rescue is definitely one of the more creative marriage-related ideas we’ve written about on MethodShop. Got a good story for us? If so, then please post a comment on the MethodShop Facebook page or in the comments below.