Robert Shaw's character in Jaws, a surly old seaman named Quint, provides some of the best lines in the film. Here are the best Quint Jaws quotes from the 1975 blockbuster film directed by Steven Speilberg.

On June 20, 1975, Jaws opened in theaters and audiences collectively became scared to go in the water. The film won an extensive list of awards and has an incredible cast that features Roy Scheider, Richard Dreyfuss, and Robert Shaw. But Shaw’s character, in particular, a surly old seaman named Quint, provides some of the best lines in Jaws. Here are the best Quint Jaws quotes from the blockbuster film directed by Steven Speilberg.

Out of all of the Quint Jaws quotes on this list, the USS Indianapolis monologue is probably the most infamous. This haunting scene explains why Quint has such a strong vendetta against sharks.

I’ll Catch This Bird For You

Cage Goes In The Water

NERD NOTE: Fights between actors Robert Shaw (Quint) and Richard Dreyfuss (Hooper) were legendary among the Jaws cast and crew. Shaw and Dreyfuss hated each other and would frequently argue on set in between takes. However, this real-life drama resulted in some good acting tension between their characters on camera.

Adieu To You Fair Spanish Ladies 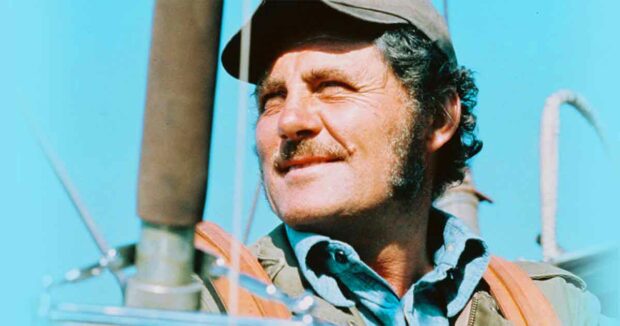 Rip That Cage To Pieces

This Isn’t No Boy Scout Picnic

Don’t Screw Around With The Tanks

Stop Playin’ With Yourself

Knowing Your Way Around A Boat 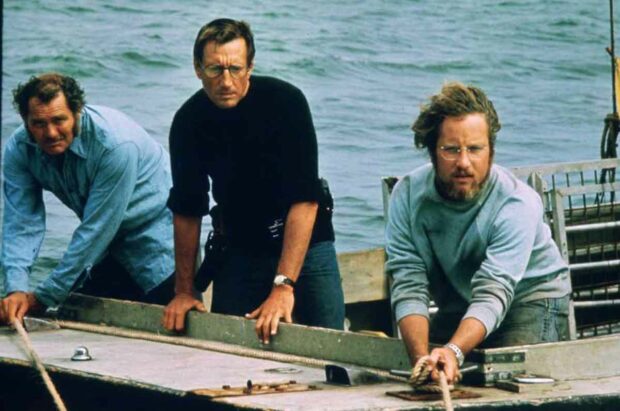 We Haven’t Seen Anything Yet

They found the shark and are preparing to kill it. Brody and Hooper are climbing over the bow while Quint is in the cabin, taking out his harpoon gun.

Quint has just destroyed the boat radio with a baseball bat when Chief Brody is trying to call on the Coast Guard.

Pump It Out Chief!

Their boat, The Orca, is sinking and already has water all over the deck. Quint hands Brody a small hand pump.

NERD NOTE: The scene where the Orca sinks actually happened. The boat accidentally started leaking while the actors and cameras were still onboard. A rescue boat was able to save the actors by director Steven Speilberg lost one of his cameras with a full day of critical footage. Luckily the film inside the camera was able to be salvaged.

The Best Quint Quotes From Jaws

Being Scared For Great Whites

Also, as terrifying as a Great White Shark may appear, human attacks are actually very rare. Sometimes the shark will take an “exploratory” bite out of a human and move on once they realize that we aren’t their preferred type of prey. Fear hunting and accidental fishing net captures have drastically reduced Great White Shark populations in the Pacific Ocean. As scary as sharks might appear to be, our oceans actually need sharks to stay healthy.

5 Of The Most Beautiful Rain Forests Around the World
Next Post: Luck vs Skill: Which Game Of Chance Strategy Is Best For You?