From serial killing Santas to nipples and vaginal teeth, here are the top banned movie posters by the MPAA and its international equivalents.

When the MPAA, the trade association that represents the six major Hollywood studios, isn’t lobbying to protect creative content from piracy, preventing copyright infringement and rating films (G, PG, PG-13, R, NC-17)… they like to ban movie posters. From serial killing Santas to nipples and vaginal teeth, here are the top banned movie posters by the Motion Picture Association of America and its international equivalents.

The critically acclaimed 1996 film, The People Vs Larry Flynt (Woody Harrelson, Courtney Love, Edward Norton), is a biographical drama about the life of Hustler magazine publisher, Larry Flynt. The main theme of the film is censorship. Ironically, the poster for the film… got censored. More irony. America was the only country that banned the poster. The imagery in the poster is actually very clever and symbolic. Once you get past the nudity and the American flag diaper, you might notice Woody Harrelson is being crucified and posing like Jesus on the cross.

The film’s director, Miloš Forman, said at the time: “Only a few countries where censorship is rampant will reject the original art… What MPAA President Jack Valenti basically said to me is, ‘I will have to protect more important freedoms for us through self-censorship so that we don’t provoke very conservative forces.’ I respect it, but I don’t like it.”

Why it was banned: nudity, religion, sexy movie poster

If there’s one thing that the MPAA hates, it’s nipples. But guess what was in the poster for the sequel to Robert Rodriguez and Frank Miller‘s Sin City series, Sin City: A Dame to Kill For… yep, nipple. In the poster, actress Eva Green is standing in the shadows, holding a gun, and wearing a sheer white gown. The MPAA banned this sexy movie poster because of the “curve of under breast and dark nipple/areola circle visible through sheer gown.” The MPAA was fine with the gun, just not the “under the breast” part.

Why it was banned: nudity

The original movie poster for The Girl With The Dragon Tattoo depicts actress Rooney Mara topless and her nipple ring only slightly covered by semi-transparent text. Very provocative. Very banned.

Why it was banned: nudity, exposed nipple

The gory gross-out horror film franchise, Saw, revolves around a fictional character named Jigsaw who traps and tortures his victims. For the sequel, Saw II, the poster art featured two severed female fingers. The MPAA did not approve and banned the poster. The poster was later reworked and the fingers were moved off the frame to hide the stumps.

English comedian, Sacha Baron Cohen, has made a career out of shocking audiences. His first feature film, Ali G Indahouse, went on to be a breakout hit in 2002. But the original poster for the film was banned by the UK’s Advertising Standards Authority. The poster depicted Cohen’s hand on/in the crack of a woman’s butt. People were outraged. An updated version of the poster put a thong on the female model and moved Cohen’s hand to her leg.

Why it was banned: nudity

It’s not hard to figure out why many of the posters in this article were banned. But it might take you a few extra moments with the poster for Terry Gilliam‘s 2013 film, The Zero Theorem. Look closely. The poster has a tiny image of actor Christoph Waltz‘s butt. Hardly even noticeable. But the MPAA didn’t like it and banned it for nudity.

Why it was banned: nudity, specifically a naked butt

The 2011 film Shame, starring Michael Fassbender, was released with a wave of controversy. The film is about sex addiction and has a full-frontal nudity scene with Fassbender. But the Hungarian poster for the film attracted an insane amount of outrage. Why? The gooey font. The poster was later banned in Hungary.

In the 2007 horror-comedy Teeth, actress Jess Weixler‘s character is afflicted with “vagina dentata.” A movie poster for the film’s UK release shows an X-ray image with the extra teeth. Vaginal teeth obviously was a little too much for the UK population to deal with and the poster was banned.

What does the MPAA have against a bunch of stuffed animals? Nothing, as long as they aren’t in sexually graphic positions. This poster for the film, Rules Of Attraction, was banned in the U.S., but not Canada or the U.K.

The 1984 film, Silent Night, Deadly Night, caused one of the earliest controversies in horror cinema. The poster for the film depicts an ax-wielding Santa climbing down a chimney. Not only were the posters banned, but the theatrical release was picketed by angry parents. After a storm of protests and controversy, the film was eventually pulled from theaters and added to the banned movies list.

The original poster for the 2011 film, Bereavement, depicted a child holding a large knife. The poster was banned and a new version was made where the knife is moved to the adult’s hand.

The 1943 Howard Hughes film, The Outlaw, was blocked from being released because censors thought it featured too many shots of actress Jane Russell‘s cleavage. So what did Hughes do? He released this very controversial poster to help create audience interest and demand. Guess what? It worked! The Outlaw went from the banned movies list to a theatrical release all because of a movie poster. The poster is barely PG-rated by today’s standards, but in the conservative 1940’s it was very risky. The poster was banned, but the film got released.

Part documentary, part dramatization, the 2006 documentary film, The Road to Guantanamo, chronicles a terrifying first-hand account of three British Muslims, who were held for 2 years without charges in the American military prison at Guantanamo Bay, Cuba. The original poster for the film depicts torture, but it’s a documentary about torture. Didn’t matter. It was banned by the MPAA.

Sex and blood. Never a winning combination in the eyes of the MPAA. The 2010 film, I Spit On Your Grave, is about a woman who seeks revenge against a group of men who brutally rape her. The original poster sexualizes a sexual assault. The MPAA deemed the poster very distasteful and it was banned.

Why it was banned: violence, sex

What Did You Think Of These Banned Movie Posters?

How was our collection of controversial movie posters? Do you know of any memorable banned movie posters that you think should be listed here? Please leave a comment and let us know. Thanks for reading! 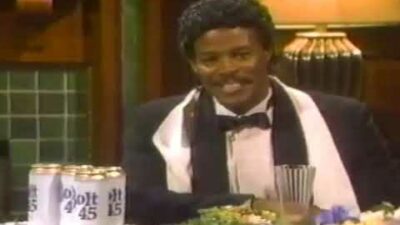 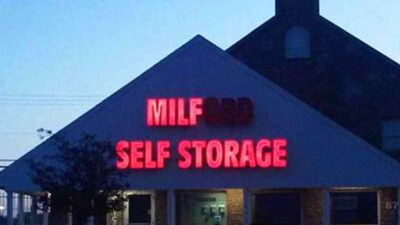 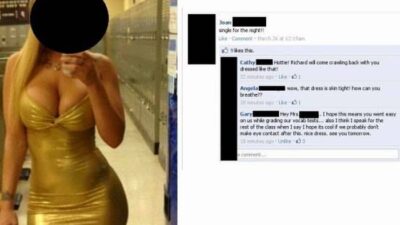