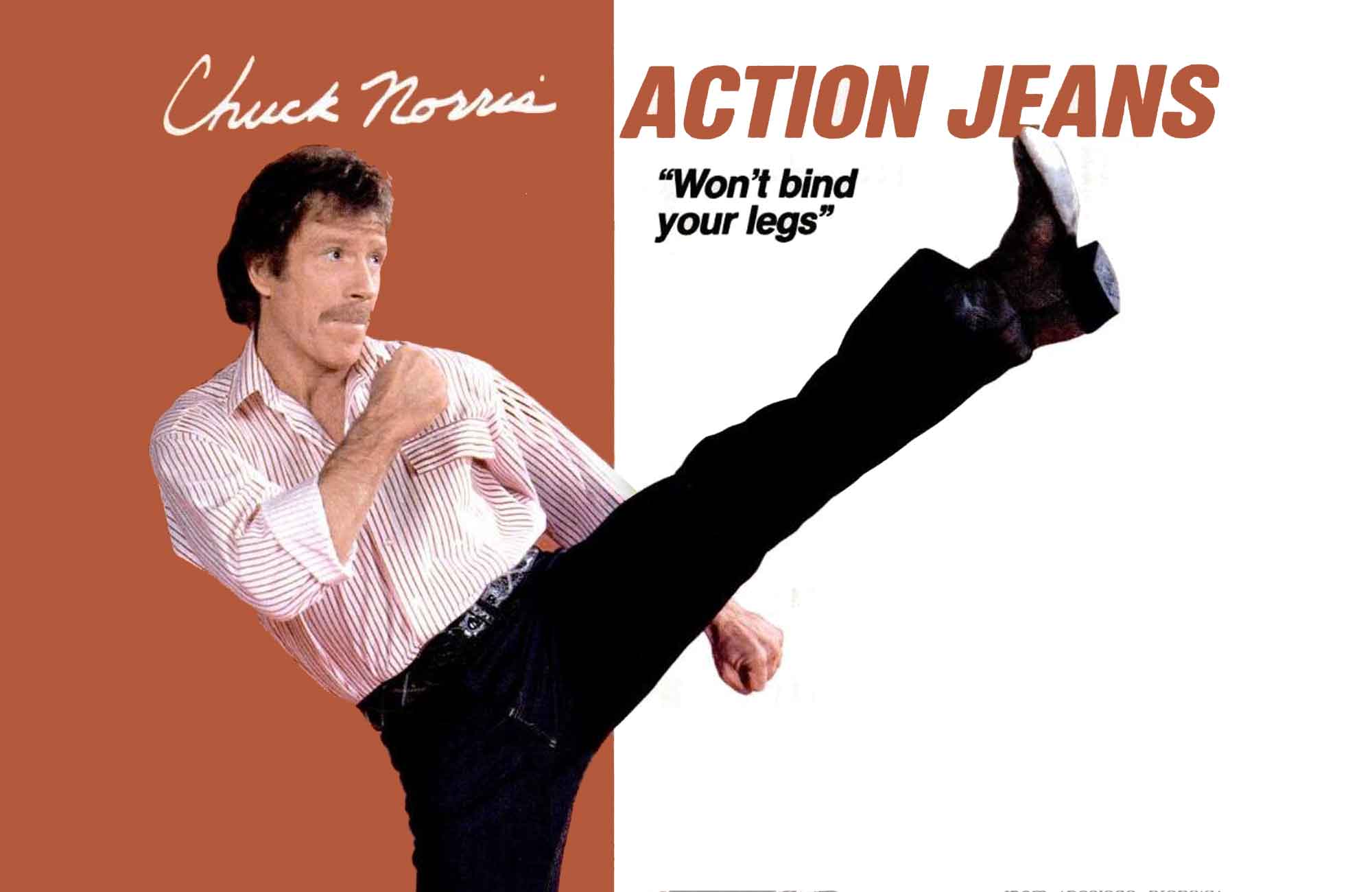 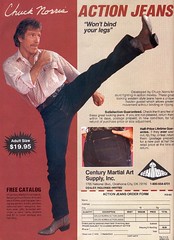 Here’s an early 1990s magazine ad for Chuck Norris Action Jeans. The jeans were specially designed for “stunt fighting” and have a “unique hidden gusset which allows for greater movement without binding or ripping”.

Anyway, what exactly is a “gusset”? We looked it up. A gusset is a device, often triangular, used to reinforce a connection between two components. Gussets are commonly used in engineering, sewing, armor and Chuck Norris’ pants I guess.

What Does It Feel Like To Wear Action Jeans?

Digg user CiscoNoShut owned a pair of these “Action Jeans” back in 1981 and had this to say about the special “gusset” feature.

“I ordered the first pair back in 1981, they looked the same except they had a lace-up front instead of zipper and button or snap”

Are Action Jeans Practical In Your Daily Life?

So let’s review. What did we learn from Chuck today? Basically, a gusset in the crotch of his jeans allows the wearer to do karate kicks without ripping a hole in the crotch or crushing your balls as regular jeans would. Because roundhouse kicks and ball crushing jeans are common problems any real man faces on a daily basis.

If you want a pair of “action jeans” then check out some of the options below. Now, go kick some butt!

Here’s a related article if you want to see more silly print advertisements: Ridiculous Ads from the 1930’s