Have you ever wondered what the hell “Sympathy for the Devil” has to do with Halloween? The answer is nothing. Yet it’s played every October because there just simply aren’t enough decent Halloween songs out there.

Halloween music is a bit like Halloween candy. The ratio of what’s actually good is far outweighed by the endless pile of Sun-Maid raisin boxes, candy corn, and Tootsie Rolls that you’re leftover with. When digging through the analogical loot bag, “Thriller” is to a full-sized Kit Kat what MC Hammer‘s “Addams Groove” is to the toothbrush some do-gooder handed out while winking at your mom. And just like bite-sized candy bars and mini bags of Cracker Jack, there’s only so much of even the most nostalgic Halloween music you can have shoved down your throat before the gag reflex says no más.

There are a lot of Halloween playlists out there and 80% of it is utter crap. Trust me, I just did the research and it wasn’t a joy. That’s why I’ve reached deep inside to dig up a less torturing list of more non-traditional Halloween music.

That’s right, no love for Will Smith and his cheesy Halloween song “Nightmare On My Street” that was rejected from the soundtrack for the 1998 film A Nightmare on Elm Street 4: The Dream Master. Axed are the campy songs of the ’50s when record companies squeezed whatever profit they could out of teens by combining a go-nowhere trend called rock n’ roll with the popularity of drive-in monster movies. God bless “Ghostbusters” and “(Don’t Fear) The Reaper” but you’ll likely hear those on FM radio or during your office pumpkin-carving contest (“Awww, it’s a Minion. Great job, Kathy!”).

Fair warning, this playlist of Halloween music for adults is full of rap, hip-hop and metal tracks.

The rap version of the song “Ghostbusters” by Run-D.M.C. from the Ghostbusters II soundtrack.

“Martians Vs Goblins” by The Game featuring Lil Wayne, Tyler, and the Creator.

“Monsta’ Mack” by Sir Mix-A-Lot complete with a Beavis and Butt-Head intro.

Jump In The Line

“Jump In The Line” by Harry Belafonte.

The Man Comes Around

“The Man Comes Around” by Johnny Cash as featured in 2004’s Dawn of the Dead.

He’s Back (The Man Behind The Mask)

The lead single from Alice Cooper‘s Constrictor and the theme song from the movie Friday the 13th Part VI: Jason Lives.

Murder Was The Case

The Misfits vampire anthem “We Bite” recorded in 1984.

DMX featuring Marilyn Manson from 1998’s Flesh of My Flesh, Blood of My Blood.

The title track of the 1996 album by England’s My Dying Bride.

Tiptoe Through The Tulips

Tiny Tim‘s “Tiptoe Through The Tulips” as featured in 2010 horror film Insidious.

1972 classic by the legendary Stevie Wonder.

Here’s a must-have song for every Halloween music playlist for adults. The 1990 power ballad by Dallas heavy metal band Pantera.

Freaks Come out at Night

“Freaks Come out at Night” by Whodini from the 1984 album Escape.

“Horror Movies” by the Bollock Brothers.

Creating Your Own Halloween Music Playlist 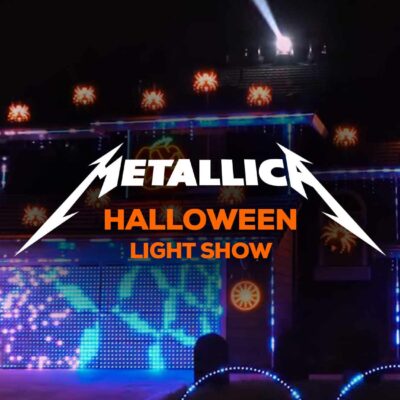 You have to see this incredible Halloween light show set to the song Enter Sandman by Metallica. 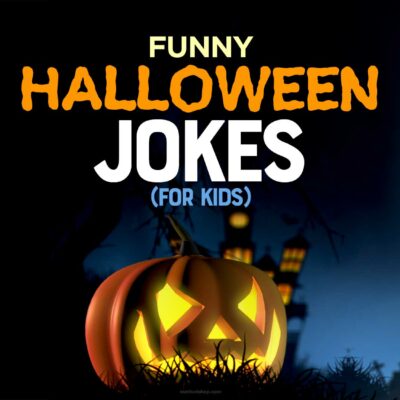 Get ready to be the life of your next Halloween party! Here are some funny Halloween jokes for kids. 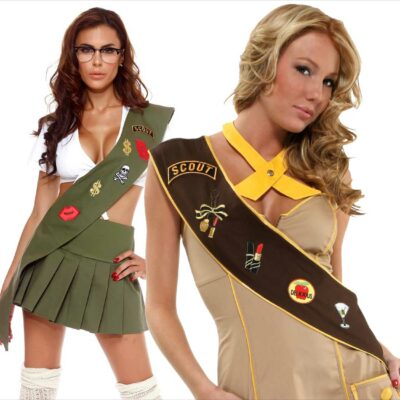 Here are some cute and sexy Girl Scout costumes for adults that will make you the talk of the party. 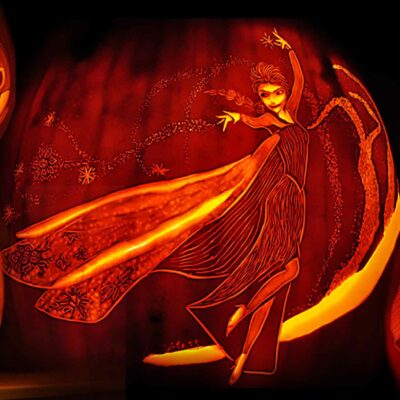 The best pumpkin carvings you’ve seen online were all probably carved by one person, Noel Dickover. 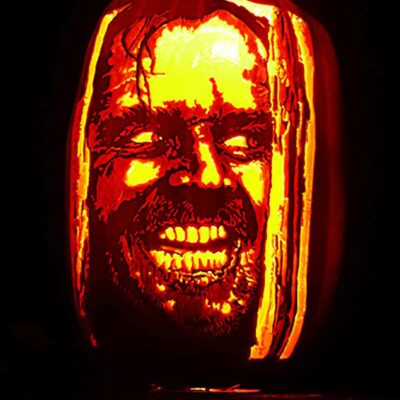 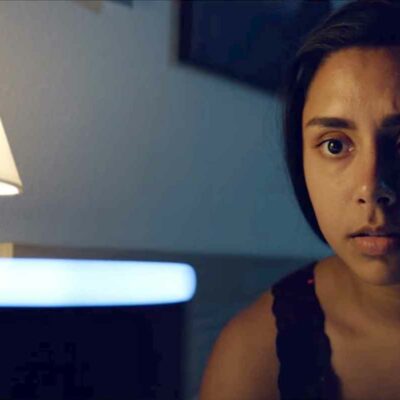 Do you unplug your Amazon Echo at night? You will after watching the scary short film by Julian Terry called Whisper. 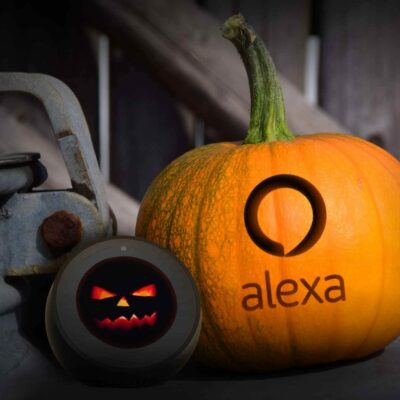 Here are some Alexa Halloween skills that can help make Halloween more interactive and fun. 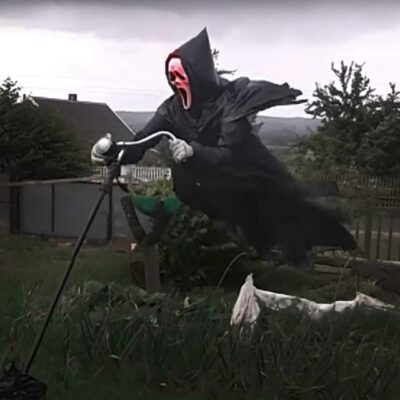 This Ghostface Scarecrow Will Terrorize Your Neighborhood… And Your Dreams

Thanks to this Ghostface Scarecrow, your farm, field or garden may be safe from birds, but now what are you going to do about your nightmares?

Read moreThis Ghostface Scarecrow Will Terrorize Your Neighborhood… And Your Dreams 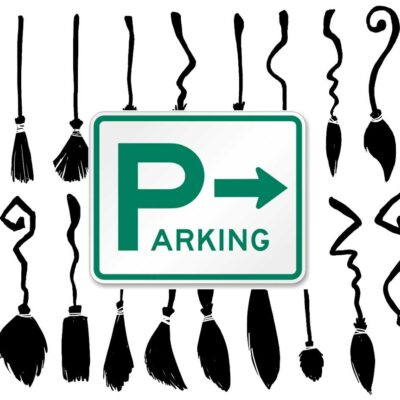 If you have any family or in laws visiting for Halloween, then I’m sure you’ll get a kick out of this picture. Witches need parking too. 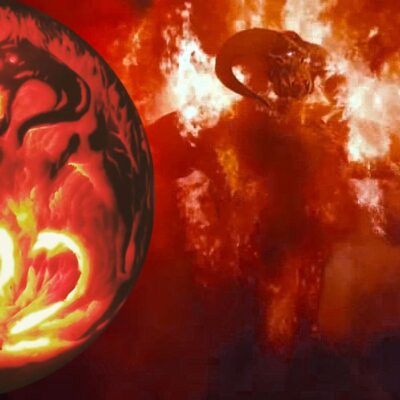 This pumpkin carving depicts the famous “The Lord of the Rings: The Fellowship of the Ring” scene where Gandalf battles Balrog on the bridge of Khazad-dûm. 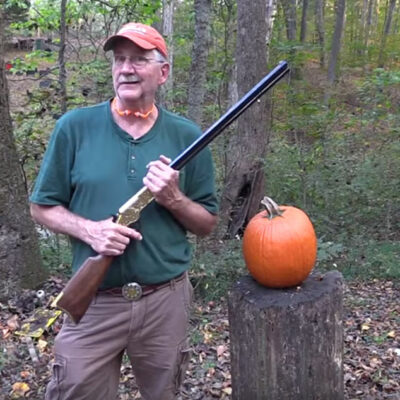 In this video, a man demonstrates redneck pumpkin carving with a Henry rifle. 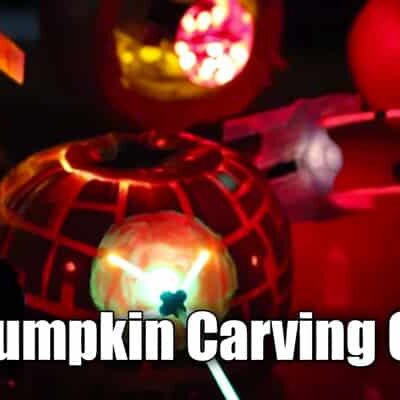 Every year at NASA‘s Jet Propulsion Laboratory, the staff is divided into teams and given an hour to create a Halloween pumpkin masterpiece. Fun and ridiculous. BTW All of the materials including the pumpkins and pumpkin carving tools were purchased with personal funds and not taxpayer dollars 🙂 Via Mark Rober Related Articles: MASHUP: NASA … 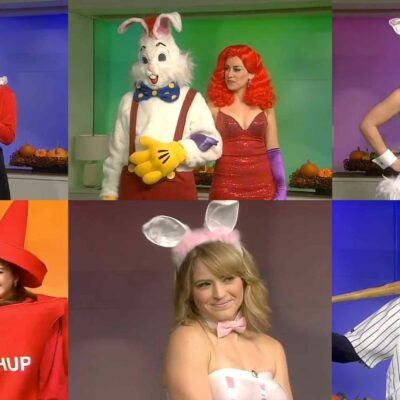 Here’s a clip from the TODAY Show with some fun couples Halloween costumes ideas for adults. 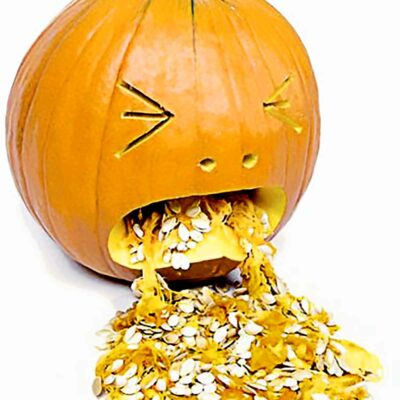 Looks like this hungover pumpkin partied a little too hard last night. 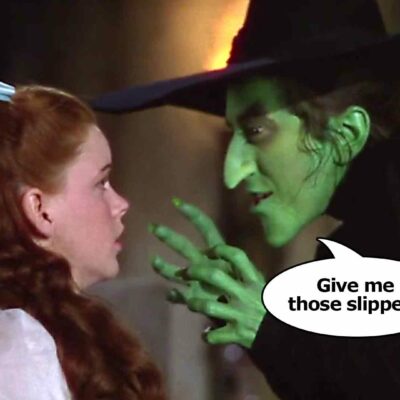 Why The Wizard Of Oz Is The Ultimate Chick Flick

When you think about it, The Wizard of Oz is the ultimate chick flick. It’s about two women trying to kill each other over a pair of shoes.

Read moreWhy The Wizard Of Oz Is The Ultimate Chick Flick