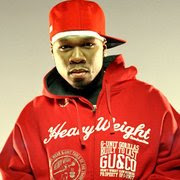 50 Cent has no problem telling Taco Bell where to stick its chalupa.

The feud-sparking rapper, whose legal team is already engaged in a mother of a battle with his conspiracy-theorist baby mama, has lashed out at the fast-food franchise for having the cojones to suggest he change his name to 79, 89 or 99 Cent (his choice) to help promote the chain’s value menu.

Apparently, that was a little too much thinking outside the bun for the lawyered-up rapper, who not only took issue with the promo stunt, but threatened to sic his legal team on the chain.

“When my legal team is finished with them, Taco Bell is going to have a new corporate slogan: ‘We messed with the bull and got the horns!’ ” Fiddy said.

The rapper’s rep went one further, calling out the company’s big cheese on his cheekiness.

“This is a sleazy and ill-conceived publicity stunt by Taco Bell’s president, Greg Creed, whose disingenuous offer was leaked to the press before it was even presented to 50 Cent’s agent yesterday,” the rapper’s rep said.

As it is, the taco giant’s offer was sent to Fiddy—and, of course, the media—promising to donate $10,000 to a charity of the rapper’s choice if he agreed to the name change. Also requested from the franchise chief was for the newly monikered rapper to pay a visit to one of Taco Bell’s locations and rap his order at the drive-thru.

“We know that you adopted the name 50 Cent years ago as a metaphor for change,” the letter read. “We at Taco Bell are also huge advocates for change. We encourage you to ‘Think Outside the Bun’ and hope you accept our offer.”

Needless to say, this is one chain the rapper is definitely off.