In honor of preserving the American Spirit and the Fourth of July, we give you the worst National Anthem fails of all time. If you can't sing it, then don't try.

Why do people consistently feel the need to ruin The Star-Spangled Banner? In honor of preserving American Spirit, Pioneer Day, and the Fourth of July, we give you the worst National Anthem fails of all time. If you can’t sing it, then please don’t try.

Roseanne Barr: Is This The Worst National Anthem Fail Ever? Yes, It Is.

The year was 1990, and Roseanne Barr had one of the hottest sitcoms on TV called Roseanne. Even though she was known for her crass personality, someone invited Barr to sing “The Star-Spangled Banner” at a San Diego Padres game anyway. The final result was a train wreck. The Roseanne Barr national anthem attempt is possibly the worst effort at singing “The Star-Spangled Banner” ever.

Apparently Michael Bolton keeps most of his brain cells in his hair. The soft rock showoff singer had to resort to crib notes written on his left hand at the 2003 ALCS game at Fenway Park. That’s right, he actually forgot the lyrics in the middle of the song?! Isn’t that cheating, Mr. Bolton? You’re a role model that was immortalized in the film Office Space damn it! Actually, not really. Never mind.

Do you want to clap your hands to a cheesy R&B version of “The Star-Spangled Banner” before a Las Vegas boxing match? No? Neither did the audience. They refused to clap and booed R. Kelly‘s unnecessary spin on the Francis Scott Key timeless classic. Well, at least he got the lyrics right. Most people on this list of National Anthem Fails didn’t.

He can run, but he can’t hide from this disaster. Olympic champion Carl Lewis was invited to sing the national anthem at a 1993 NBA game. After his voice cracked and he sang several parts off-key, Lewis promises the booing audience that he’ll “make up for it” only to flub the final few lines of the song. The end result ensures that this performance will be included on lists of the worst national anthem fails for years to come.

Christina Aguilera is an incredible singer, and in a perfect world, she should have a mention on a list of the best, not the worst national anthem fails of all time. Unfortunately, Aguilera mixed up the lyrics in the fourth line of The Star-Spangled Banner, resulting in a messy performance with a screamy finish at the 2011 Super Bowl.

During a presidential campaign stop for the 2008 election, Hillary Clinton decided to sing along with a band playing the “The Star-Spangled Banner.” Unfortunately, her microphone was already active and picked up her creaky and squeaky attempt at the anthem. To make it all worse, MSNBC was covering the event and broadcasted it all live. Oops! 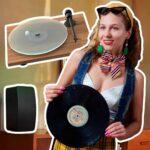 Here are the complete lyrics for the American national anthem. Most people are just familiar with the first verse of The Star-Spangled Banner. It’s what’s typically sang before American sporting events. But there are actually eight verses in total.

Oh, say, can you see, by the dawn’s early light,
What so proudly we hailed at the twilight’s last gleaming?
Whose broad stripes and bright stars, thro’ the perilous fight’
O’er the ramparts we watched, were so gallantly streaming.

And the rockets red glare, the bombs bursting in air,
Gave proof through the night that our flag was still there.
Oh, say, does that star-spangled banner yet wave
O’er the land of the free and the home of the brave?

On the shore dimly seen, thro’ the mists of the deep,
Where the foe’s haughty host in dread silence reposes,
What is that which the breeze, o’er the towering steep,
As it fitfully blows, half conceals, half discloses?

Now it catches the gleam of the morning’s first beam,
In full glory reflected, now shines on the stream;
‘Tis the star-spangled banner: oh, long may it wave
O’er the land of the free and the home of the brave.

And where is that band who so vauntingly swore
That the havoc of war and the battle’s confusion
A home and a country should leave us no more?
Their blood has wash’d out their foul footstep’s pollution.

No refuge could save the hireling and slave
From the terror of flight or the gloom of the grave,
And the star-spangled banner in triumph doth wave
O’er the land of the free and the home of the brave.

Oh, thus be it ever when free men shall stand,
Between their loved homes and the war’s desolation;
Blest with vict’ry and peace, may the heav’n-rescued land
Praise the Power that has made and preserved us as a nation.

Then conquer we must, when our cause is just,
And this be our motto: “In God is our trust”;
And the star-spangled banner in triumph shall wave
O’er the land of the free and the home of the brave.

Are We Missing Any Famous National Anthem Fails?

Did we leave out any of your favorite national anthem fails from this list? Do you have an example of the worst national anthem ever? Please let us know in the comments below. Thanks for reading!