You are here: Home / Entertainment / TV & Film / The 5 Best Casino Movie Scenes – From Swingers To Dr. No

The 5 Best Casino Movie Scenes – From Swingers To Dr. No

From Swingers to Dr. No, here are some of the greatest casino movie scenes and casino movies in cinema history.

There’s something exciting about good casino movie scenes. You know it’s going to either end with a big win or a total disaster. The suspense, the trickery, and the dramatic exchanges all help to create memorable movie moments that you can watch over and over again. The stakes can be very high, and the characters often risk losing it all. From Swingers to Dr. No, here are some of the greatest casino movie scenes in cinema history.

In this 1996 comedy, two unemployed wannabe actors played by Jon Favreau and Vince Vaughn decide to try their luck in Las Vegas. After the long drive from California, they are ready for some action in Sin City.

When they finally arrive at the casino, they are ready for a night of fun but can tell that they are a little out of place. There they are, dressed to kill, in a room full of senior citizens and bikers. Nevertheless, they are there and swiftly position themselves at the high-stakes table next to some attractive women. They soon learn that they’re out of their depth at that blackjack table, and they have to say goodbye to $300 when they double down. It’s embarrassing and one of the funnier casino movie scenes on this list.

NERD NOTE: A music licensing approval request for Swingers helped Vince Vaughn get a role in a Jurassic Park film. After Steven Spielberg screened Swingers and how they wanted to use the theme song for his 1975 film Jaws, he reportedly liked Vince Vaughn so much that he hired him for a role in The Lost World: Jurassic Park (1997).

This hit movie contains what many have called one of the best casino scenes in Hollywood. Matt Damon and George Clooney star in the 2001 remake of the 1960s original Ocean’s Eleven. The two stars are cast as two hustlers. Their plan is simple—to target three top casinos and make away with a whopping $160 million in cash.

The only problem is that things don’t go as planned. Everything is set for them to blow up the vaults of the three casinos, MGM Grand, Bellagio, and The Mirage until they realize a major oversight. Clooney’s character has forgotten the all-important batteries of his detonator. This scene doesn’t actually take place on the betting floor of a casino but is too dramatic to leave out of this list.

Prepare to meet a star for the first time. This oldie but goodie is where we first encounter Ian Fleming’s 007 on the big screen. Sean Connery plays the first James Bond as he tackles a scientific genius known as Dr. No in this 1962 movie classic.

James Bond is where he loves to be — at a casino table. The British spy has his signature vodka martini in one hand and a lovely model by his side. This is one of the first times we hear the famous self-introduction, “Bond. James Bond,” and you can watch it for yourself.

In all the Bond movies that follow, you can count on seeing him at the casino table. Take Casino Royale, for example, where Daniel Craig goes from playing a game of baccarat to playing Texas Hold’em all in one scene.

NERD NOTE: Dr. No (1962) was the first 007 film ever produced and is a fan favorite with many James Bond fans. However, there’s one very influential person who didn’t like the movie at all. After viewing Dr. No for the first time, James Bond creator Ian Fleming reportedly described the film as, “Dreadful. Simply dreadful.”

In Rain Man, we get to see another epic casino scene starring Hollywood stars Tom Cruise and Dustin Hoffman. This film got amazing reviews and won the award for Best Picture in 1988. Additionally, Hoffman won an Oscar for his performance in the movie. Hoffman is cast as an autistic man who finds himself taking a road trip, thanks to his brother, Charlie, who is played by Cruise.

Financial woes are plaguing Charlie as his car dealership is failing. He needs a lot of money, and he needs it now. The brothers decide to hit up a casino in Nevada to try their luck in a game of blackjack. You might remember the famous line from this movie that goes, “Rain Man, let’s play some cards.”

This scene in Rain Man is one of the best gambling movie scenes of all time and was parodied decades later in The Hangover (2009). Zach Galifianakis wears the exact same gray suit outfit as in Rain Man and has an incredible scene of his own handling cards.

Watch carefully. If you’re a movie whiz, you might also be able to catch several other movie parodies in this scene from The Hangover.

In this 1995 film set in the 1970s, you can watch what critics have called one of the best casino movies ever made. It has top actors including Robert De Niro, Sharon Stone, and Joe Pesci.

There are lots of memorable scenes in Casino (1995), but the cowboy scene is a fan favorite. In the scene, a cowboy casually places his feet on a casino table and won’t remove them when asked. So De Niro’s character, Sam “Ace” Rothstein, has security forcefully remove the cowboy from the casino. It gets chaotic as they carry him out and open the door with his head.

How was our list of casino movie scenes? Did we leave out any scenes from your favorite casino movies? Please let us know in the comments. 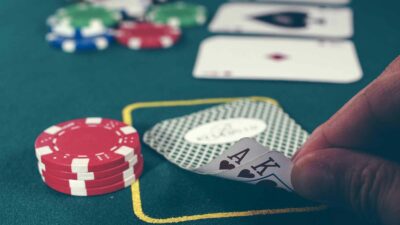 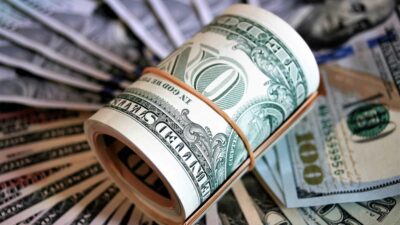 6 Gambling Bankroll Tips That Can Help You Be More Successful 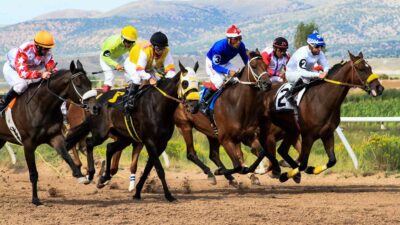 4 Actionable Sports Betting Tips That Will Help You Win

23 Silly 90s Fads That Were Cool Then, But Definitely Aren’t Now
Next Post: Mac vs PC: How To Convince Your Boss That You Need A Mac At Work