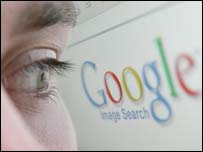 “Google is expanding the borders of its search empire into people’s computers.”

The net giant has released a preliminary version of a desktop program that will search computer hard drives, as well as the web.

“We think of this as the photographic memory of your computer,” said Marissa Mayer, Google’s director of consumer web products.

Privacy issues-search is becoming an increasingly competitive and lucrative arena.

Google is the leader in this area and the launch of a PC search tool is its latest attempt to become even more indispensable to its millions of users.

The desktop tool can be downloaded for free and lets people search e-mails in Microsoft Outlook and Outlook Express, as well as files in Microsoft Word, Excel, PowerPoint and in plain text.

The MethodShop Spin: Could this new Google search application become as standard on all PC’s as the Google web browser search bar?