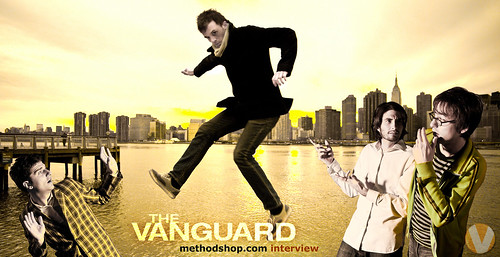 June of 2008 marked the release of The Vanguard‘s self-titled debut EP. After nearly two years of showcase gigs, nationwide and overseas touring, and the head-turning of critics and less judgmental music fans alike, the Astoria based band is set to release their second EP Playtime! on April 13th.

methodshop.com had the chance to speak with Aaron Barr (vocals), Rasko Ristic (bass), Luciano Rovner (drums) and David Zawadzki (guitar) – collectively known as The Vanguard – about the upcoming release, their fans and where they see themselves down the road.

Interview: The Vanguard Get Ready to Make the World a Whole Lot More Fun with their EP Playtime!