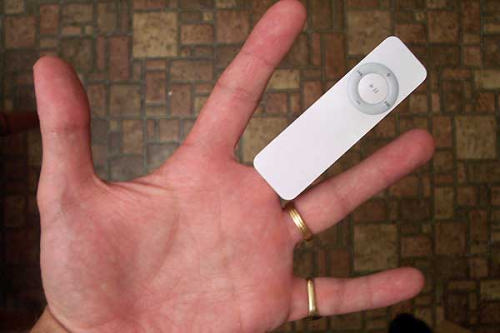 Under the radar, Apple announced yesterday that the 1GB iPod Shuffle will now be sold for $129, down from $149. The move was initiated in hopes of widening the gap between the 1GB Shuffle and the iPod Mini, which at only a $50 price difference, made the smaller, screen-less Shuffle less desirable to some customers. The price drop should attract more attention. At the time of this blog, Amazon