Make Yourself a ‘Simpson’

As part the promotion for “The Simpsons Movie,” 20th Century Fox has a section on SimpsonsMovie.com that lets you make your own Simpsons avatar. What does yours look like? It took about 10 mins each to make these guys. Do they look familiar? I’ll give you a hint: they are east coast promotion execs. 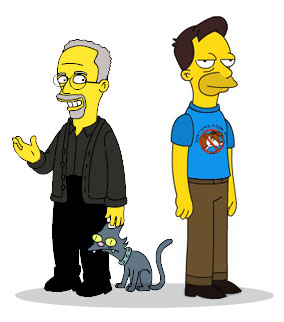 You can also try Simpsonize Me. It’s another Simpsons character creator that is starting to make the rounds. This one uses a photo that you upload to create your Simpsons avatar.