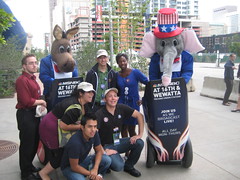 Last Saturday, the MSNBC DNC Segway Team, dressed up as donkeys and elephants and zipped around downtown Denver letting everyone know about MSNBC’s live broadcasts for the Democratic National Convention.

From the start, the response to this campaign was outstanding. Crowds of visitors immediately started surrounding the team for pictures and asking for more information about the dates and location of the MSNBC live coverage. Through out the day the Segway team, along with the giant mobile billboard, dominated the Denver downtown area as they turned heads and generated buzz at every corner.

The MSNBC Segway team even took the time to ride over to the Denver Convention Center where the College Democrats Convention was taking place where they let everyone attending know about the live coverage going on in the next few days.

The team closed out the day riding their MSNBC branded Segways and handing out premiums around 16th Street Mall area with an audience response that was truly out of this world. Overall an excellent day for our MSNBC campaign.

The team received great feedback from our target audience through out the day. Here are just a few of the things they had to say:

Here are some more photos from Saturday. Enjoy. 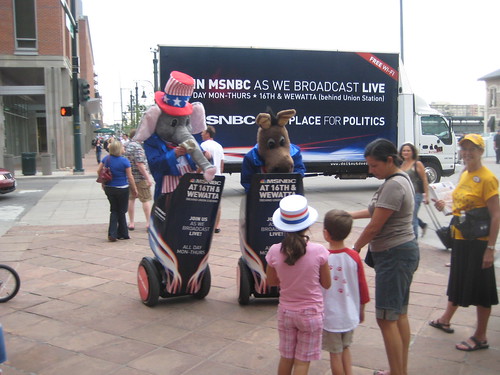 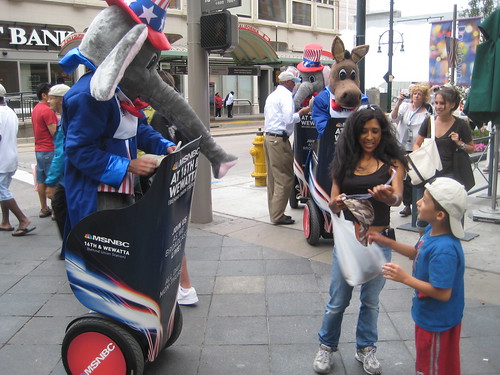