Pars Hilton is a hard-partying rich girl whose family owns the Hilton Hotel empire. Although Paris was well known for her party lifestyle and modeling, what catapulted her into instant infamy was a home sex movie she made with Shannon Doherty‘s ex-husband Rick Salomon in 2003 when she was only 19-years-old. The Paris Hilton sex tape features both Salomon and Hilton engaged in several graphic acts in his Los Angeles home.

“1 Night In Paris” Video Gets Leaked On The Internet

But alas, there’s no room for love in the fast lane. The Paris-Salomon relationship didn’t last long. Actually, none of Salomon’s relationships last long. After they broke up, Salomon started bragging to his friends that he had a “home movie” of him and Hilton which he cleverly titled “1 Night In Paris.” Somehow copies of the video were leaked and found their way onto the Internet.

When asked to comment about her sex tape in early August 2003, Paris had this to say about Salomon:

“He’s a complete liar and scum bag. He is a very sick man. People love to talk s— because they’re jealous. I don’t care. Whatever.”

“Whatever” indeed. It is rumored that Ms. Hilton has made several sex tapes with numerous “friends” both male and female. And now you can even buy some of them on Amazon!

As you can imagine, this embarrassing sexcapade didn’t go over well with the Hilton empire. Saddened at the exploitation of Paris, the Hilton family issued this public relations release:

“The Hilton family is greatly saddened at how low human beings will stoop to exploit their daughter, Paris, who is sweet-natured, for their own self-promotion as well as profit motives.”

According to Entertainment Weekly, after a series of lawsuits between Hilton and Salomon, an agreement was reached where Hilton was paid $400,000 plus a percentage of profits from the sale of her sex tape. Hilton is donating her profits to charity.

To help encourage sales of the “1 Night In Paris” DVD, Salomon provides additional background information about his various encounters with Hilton for the viewer.

In case you haven’t seen the infamous 1 Night In Paris Rick Salomon and Paris Hilton sex tape yet, here’s our review:

Paris Hilton busts on the movie scene not unlike a young Nicole Kidman with a skillfully delivered first-line… “let me get my phone.” The stars, Rick Salomon and Paris Hilton, magnificently drive a dialogue of modernism with a line that is more a conditioned response than free will. Like Pavlov’s dog, she is powerless to resist the cold intrusion of the technological sprawl that devours the countryside’s, bathrooms and boudoirs with the same unyielding hunger.

Marshall McLuhan‘s promise of a Global Village intruded on this evening of lust as the throbbing circuitry of a connected world demands the sacrifice of a media virgin. But she is not without an advisor.

In this film, Ms. Hilton acts opposite Rick Salomon, a professional poker player, a giver of corporal knowledge, member of the lucky sperm club. Yet he is more, and in a poignant moment of self-loathing which defines the entire encounter, Salomon blasphemes the very technology upon which he has built his sex tape empire. An empire that opened the very door which he repeatedly enters during his acting debut: “F– your phone.” The tape goes on to show over an hour of intimate scenes and Paris saying phrases like “You trying to choke me?” and “Let me get you a towel.”

Celebrity Life After A Sex Tape

What’s next for Paris Hilton? Probably just more embarrassing scandals for the Hilton family and lame reality TV show shenanigans. Maybe even another Paris Hilton sex tape? What else did you expect? A Noble Peace Prize or a law degree from Yale? Paris has set the standard (it’s pretty low) for the wealthy, twenty-something socialites of today. Her privileged upbringing and whirlwind itinerary of partying make her seem like a perfect subject for Lifestyles of the Rich and Famous.

At least this sex tape wasn’t shot in HD and she won’t have to go through the trauma of a Blu-ray DVD release of “1 Night In Paris.” 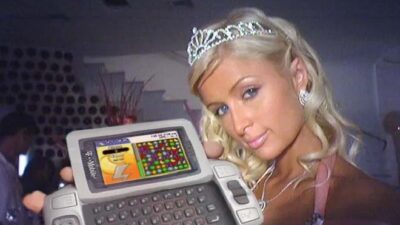 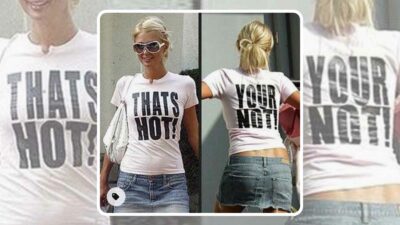 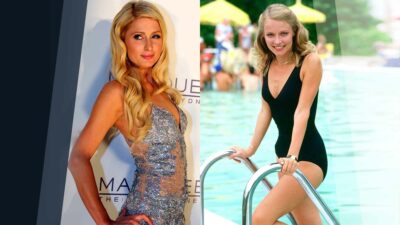 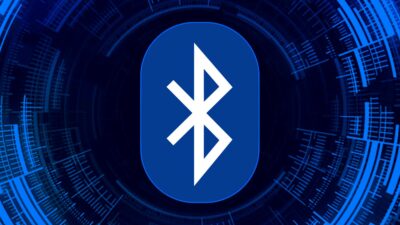 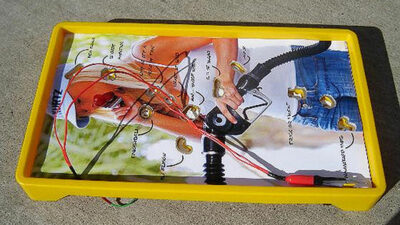 DIY Paris Hilton Board Game That Gives You an Electric Shock 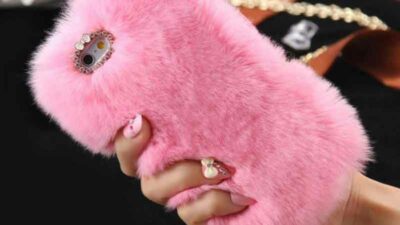 Goodbye Turntables: Welcome To The iPod DJ Revolution Where Anyone Can Be a MP3J
Next Post:This Animated GIF Shows You How To Paint Step By Step