You are here: Home / Entertainment / Internet / 8 Things You Probably Didn’t Know About Snapchat

Snapchat has had a quick rise to the top. Since it’s  debut in 2011, the service has acquired an estimated 200+ million users. To help put that number in perspective, Twitter has 288 million users and launched back in 2006.

Here are some fun facts, trivia items and incredible statistics about Snapchat:

01) Snapchat Was a “Terrible” School Project

The concept behind Snapchat was developed by Stanford University students Evan Spiegel, Bobby Murphy, and Reggie Brown as a school project. During the final presentation, everyone heavily criticized the app (then called Picaboo) and said it was a “terrible idea.”

Snapchat isn’t a public company and not required to divulge their user numbers, but according to Statista, they currently have somewhere around 200 million users. But based on the frenzy of investment in Snapchat by companies like Alibaba, we bet that user base number is much, much higher.

Similar to Pinterest, Snapchat also has a very strong female user base (70%). Younger females find the concept of temporary content that disappears appealing. But it seems that many users are taking screenshots of Snaps and sharing them online. A Google Image Search for “Snapchat” will return a lot of risky images, mostly female. Hello ladies! It’s so bad that we had to blur a few of the images in the screenshot below. 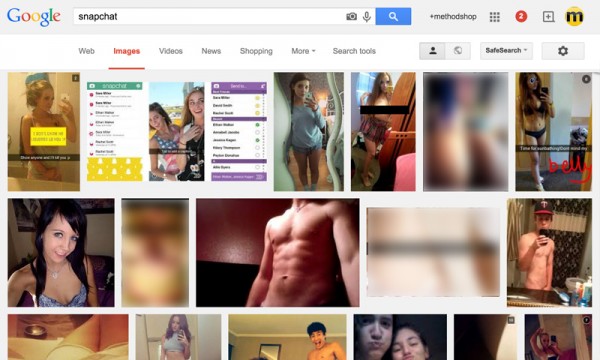 An incredible 400 million Snaps are shared every day. That’s a lot of user generated content being created every day. No wonder people are saying that Snapchat is the “new TV.”

To help protect younger users, in June 2013 Snapchat introduced Snapkidz for users under 13 years old. Snapkidz has most of the same photo and drawing features as Snapchat, but doesn’t allow uses to share photos with each other over the Internet. The app also has an “age gate” which requires users to enter a date of birth to verify his/her age before creating an account.

Snapchat definitely appeals to a younger audience. 71% of their user base is under 25-years-old. Younger users are avoiding “old” social networks like Facebook and Twitter to stay away from the prying eyes of parents and teachers. Also because everything that’s posted on Snapchat disappears (unless you screenshot it), there’s usually no digital footprint left behind for people to search and use against you later. 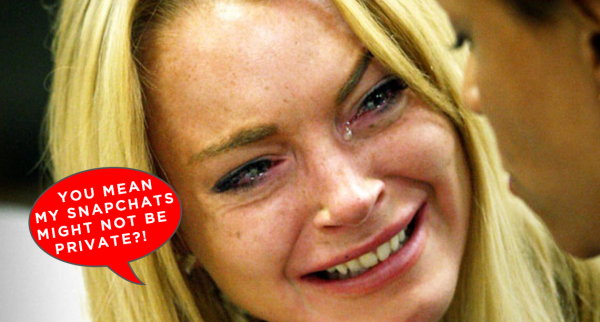 07) Snapchat’s Mascot is the Ghostface Chillah

The Snapchat team spent most of their time focusing on the user experience, rather than marketing, logos and branding efforts. As a result, they casually picked the app’s mascot “Ghostface Chillah,” an homage to the artist Ghostface Killah from the hip-hop group Wu-Tang Clan.

Sometimes social networks are embraced different in different parts of the world. For some reason Snapchat is a huge hit in Norway. An astonishing 1/2 of all smartphone users in Norway use the app.

Did I leave out anything? Do you know some other interesting trivia about Snapchat that I should add to this post? Please leave a comment below. Thanks for reading.

Incredible Cover Of The Guns N’ Roses Song ‘Welcome To The Jungle’ By 2CELLOS
Next Post: Office Space with the Real Michael Bolton