Wants some cool cufflinks to wear to work? Here are some fun novelty ThunderCats cufflinks for guys who are fans of the classic cartoon from 1985-1989.

These gold on red cufflinks ($9+) also feature the ThunderCats logo text written above the emblem. 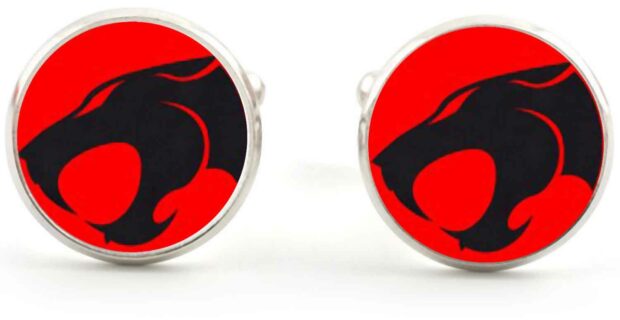 The most common variation of the ThunderCats logo is the classic black on red version ($5). 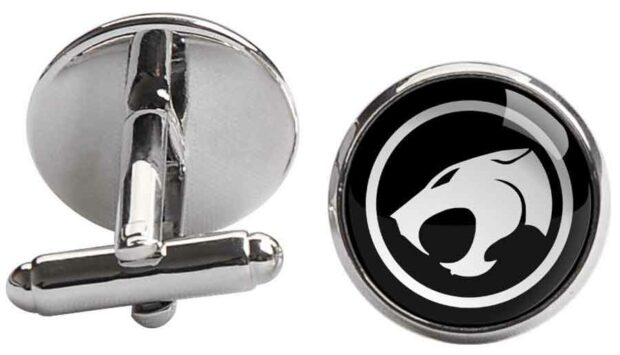 Love these black and silver ThunderCats logo ($10) cufflinks. They are very classy and even look great with a tuxedo.

These novelty cufflinks feature an image of the core ThunderCats team ($7). Many people I work with on a daily basis don’t recognize the ThunderCats logo. They just think I’m wearing “tiger cufflinks”. These are less subtle but still fun. 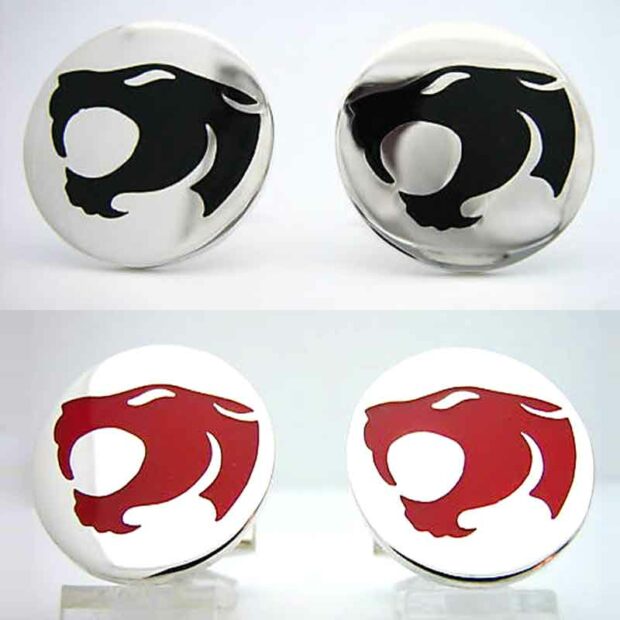 If you’re a BitCoin billionaire or otherwise have money to burn, then check out these sterling silver cufflinks ($350).

The 1980s had some great cartoons including Jem And The Holograms, G.I. Joe, Transformers, The Gobots, Voltron, Mask, and He-Man and the Masters of the Universe among others. Personally, ThunderCats was one of my favorites. Decades later, ThunderCats still has a nostalgic connection for me and reminds me of my childhood. I really looked forward to watching Lion-O, Tygra, Panthro, Snarf, Cheetara, WilyKit and WilyKat, Jaga, and Mumm-Ra every day after school.

10 Unplanned Movie Roles That Almost Never Happened
Next Post: 3 Things You Didn’t Know About Shadows Of The Night By Pat Benatar