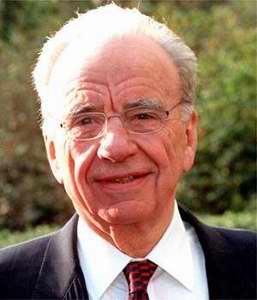 Rupert Murdoch has spent years thinking about what he would do with The Wall Street Journal if he could just get his hands on it. Based on his business history, he often gets what he wants.

But Mr. Murdoch, the media baron who runs the News Corporation, may need a little more of his trademark patience to win The Journal’s parent company, Dow Jones & Company.

Yesterday, the company’s board announced that it was taking no action on Mr. Murdoch’s surprise $5 billion bid because members of the controlling Bancroft family holding 52 percent of the company’s votes oppose it.

Mr. Murdoch’s determination to buy Dow Jones is not expected to be deflected by the news, according to an adviser who did not want to be identified because he was not authorized to speak for Mr. Murdoch. The News Corporation declined to comment.

The question for Bancroft family members, journalists and competitors would be, if he eventually prevails: What sort of owner would Mr. Murdoch be for the world’s leading financial newspaper? A look at the five decades he has spent buying, running and selling newspapers suggests two things.

First, Mr. Murdoch does not mind losing money in the short term to satisfy his competitive goals. And despite overseeing a globe-spanning media conglomerate worth $67 billion, he still considers himself foremost a newspaperman and has an editor’s eye for what goes into print….