The episode, which saw the former Beverly Hills 90210 star give birth to her second child, Stella Doreen McDermott, was the most-watched cable program among women 18-49 with 764,000 women viewers.

In addition, Oxygen.com saw its most trafficked day ever Tuesday, bringing in 1.1 million page views. Video streams for the Tori & Dean: Home Sweet Hollywood Web site totaled 3.2 million in the week leading up to last night’s episode. The site has logged over 15 million page views since the season premiere. 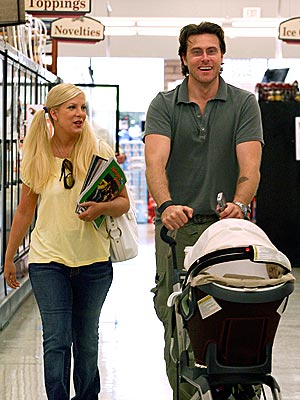