If you go to Ground Zero in New York City today, you will see encouraging signs of construction. Sometime next spring, the steel skeleton of the Freedom Tower—the centerpiece of a five-tower complex where the Twin Towers fell six years ago—will rise above grade.

That is good news for the city’s broadcasters. They lost their principal broadcast antenna site when the North Tower went down on Sept. 11, 2001, and they have been struggling to replicate the coverage they enjoyed there ever since.

Current plans call for moving on to the 408-foot broadcast mast atop the Freedom Tower, a mast that would bring its overall height to a symbolic 1,776 feet.

But completion of the Freedom Tower is still four years away, and that presents a big problem for broadcasters in light of the analog broadcast cut-off date, which is now less than a year-and-a-half away.

Today, most of the city’s broadcasters have been able to restore analog service to an acceptable level from antennas squeezed on to the mast atop the Empire State Building, but they have been unable to also lay down adequate digital signals from side-mounted antennas.

“We suspected that [digital] was going to be bad. And when we finally measured it, we found it was as bad, if not worse, than we feared,” says Paul Bissonette, the former GM of Tribune’s WPIX New York, who now serves as president of the Metropolitan Television Alliance, the consortium of broadcasters formed to tackle their common tower and antenna problems.

“Of course, it varied station by station, different antennas, different positions, slightly different orientations, but the digital signals from Empire are terribly deficient,” he says.

Recognizing the problem two years ago, the MTVA asked Congress for help and it responded.

Congress promised to reimburse the broadcasters up to $30 million for whatever interim digital solution they come up with to bridge the gap between Feb. 17, 2009—the analog cut-off—and that day in 2011 when the Freedom Tower finally opens for occupancy.

As Bissonette explains in this interview with TVNEWSDAY, the interim solution the MTVA is now counting on is a new technology called distributed transmission, which calls for an interconnected network of low-power transmitters and antennas rather than the conventional single big-stick approach.

The technology is still unproved, he says, but the MTVA members have high hopes for it. 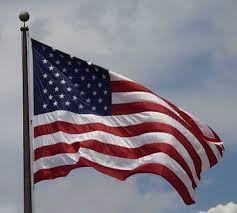