Even though the release of the film Watchmen is still several months away, the marketing folks at Warner Brothers are cleverly building advance buzz. They’ve been doing things like producing motion comic versions of the acclaimed graphic novel on iTunes and releasing beautiful movie posters.

The new Watchmen movie poster shows the ill-fated Comedian (Jeffrey Dean Morgan) falling out a high rise window. It’s the first scene from the story and cleverly animated in the Watchmen Motion Comic. 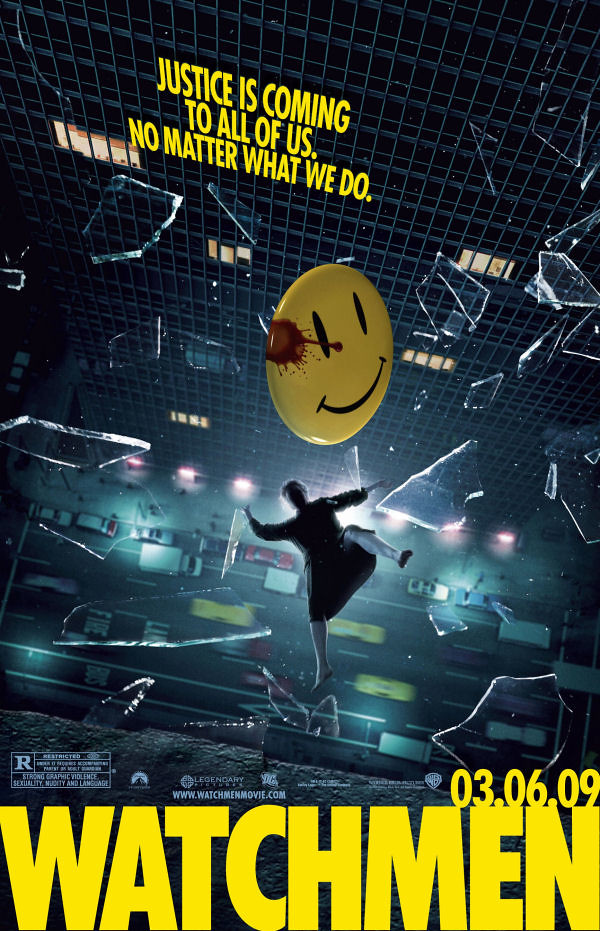