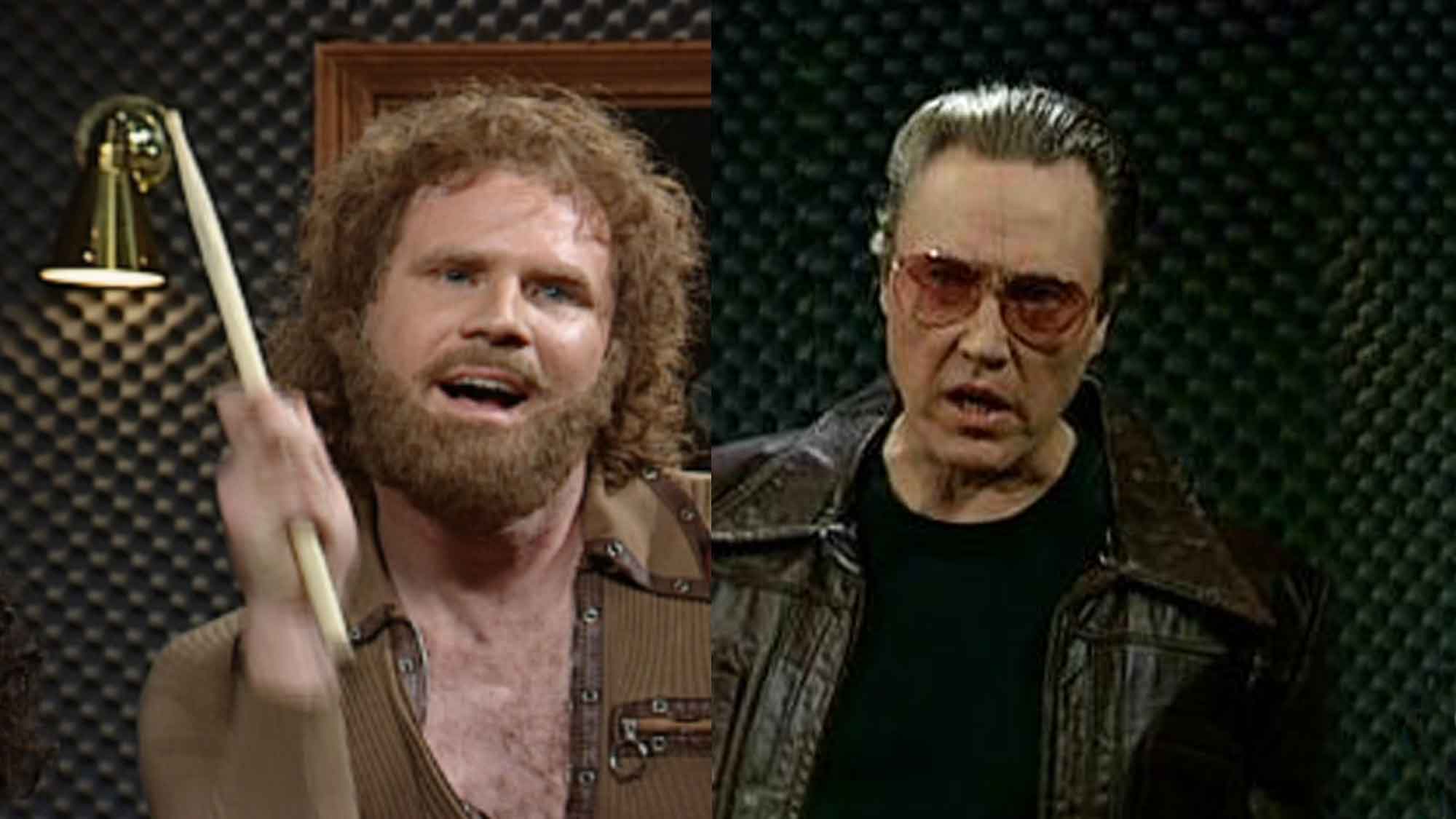 Believe it or not, the infamous Christopher Walken and Will Ferrell “More Cowbell” skit from SNL originally aired back on April 8, 2000. Let’s revisit the skit and why it’s still so memorable.

The More Cowbell skit (actual title “Behind The Music: Blue Oyster Cult”) is about the recording of the song “(Don’t Fear) The Reaper” by the Blue Öyster Cult. The skit features guest host Christopher Walken as music producer Bruce Dickinson (not to be confused with the Iron Maiden vocalist) and Will Ferrell as a fictional cowbell player by the name of Gene Frenkle.

The More Cowbell SNL sketch was well received by audiences after it first aired, but it didn’t immediately become a cult hit.

The More Cowbell phenomenon didn’t kick into full gear until it was released on DVD. The skit can be found on both the SNL: The Best of Will Ferrell and SNL: The Best of Christopher Walken complications. After the skit was released on DVD, it soon found its way onto the Internet and quickly became one of the most memorable SNL skits of all time. There’s even a More Cowbell Game.

FLASH REQUIRED: This game requires Adobe Flash. It will NOT work on iOS devices, including the iPhone and iPad, or web browsers without the Adobe Flash plugin installed. Desktop users can download Adobe Flash here.

The cowbell skit portrays a 1976 episode of VH1’s Behind the Music, a hit series in the 1990s and early 2000s that told the “behind the scenes” stories about popular artists. Walken introduces himself as “the Bruce Dickinson” and tells the band they have “what appears to be a dynamite sound.”

The first take of the recording session begins soon after. The session sounds good until the band members cut it short because they think the cowbell is too much. However, Dickinson feels quite differently and, to the surprise of most of the band, asks for “more cowbell.” He goes as far as suggesting that the cowbell player, Gene Frenkle, “really explore the studio space.”

Farrell’s character does just that as he proceeds to mosh around the recording studio in a cowbell frenzy. Dickinson enters the studio exasperated at “wasting two good tracks.” Recognizing the band’s dissatisfaction, Frenkle agrees to calm down. Instead, he passive-aggressively plays the cowbell very close to Eric Bloom’s ear and fails to keep time with the rest of the band. Frenkle then knocks over Bloom’s microphone stand, ending the take prematurely.

The rest of the band expresses frustration with Frenkle, but Dickinson remains focused only on getting more cowbell onto the track. At this point Frenkle pleads with the band…”I’m standing here staring at rock legend Bruce Dickinson!” Dickinson interjects, “The cock of the walk, baby!” Suggesting that Dickinson’s stature lends a great deal of weight to his opinion about the cowbell part, Frenkle continues by saying, “I’d be doing myself a disservice and every member of this band if I didn’t perform the hell out of this!”

The crowd then erupts and history was made as Dickinson exclaims, “Guess what? I got a fever. And the only prescription… is more cowbell!” This line, and Gene’s humble near-exit of the studio, reunites Blue Oyster Cult, and the bit ends with Frenkle happily banging away. The picture freezes, and a message appears, “In Memoriam: Gene Frenkle: 1950-2000.”

During much of Gene’s heartfelt plea for a united Blue Oyster Cult front, the actors exhibit noticeable difficulty staying in character. Jimmy Fallon overtly laughs while delivering a line, and Ferrell breaks into a conspicuous smile at one point, but in general, his delivery remained completely serious during the sketch.

“I got a fever. And the only prescription… is more cowbell!” … #MoreCowbell #CowbellLife #SNLskits