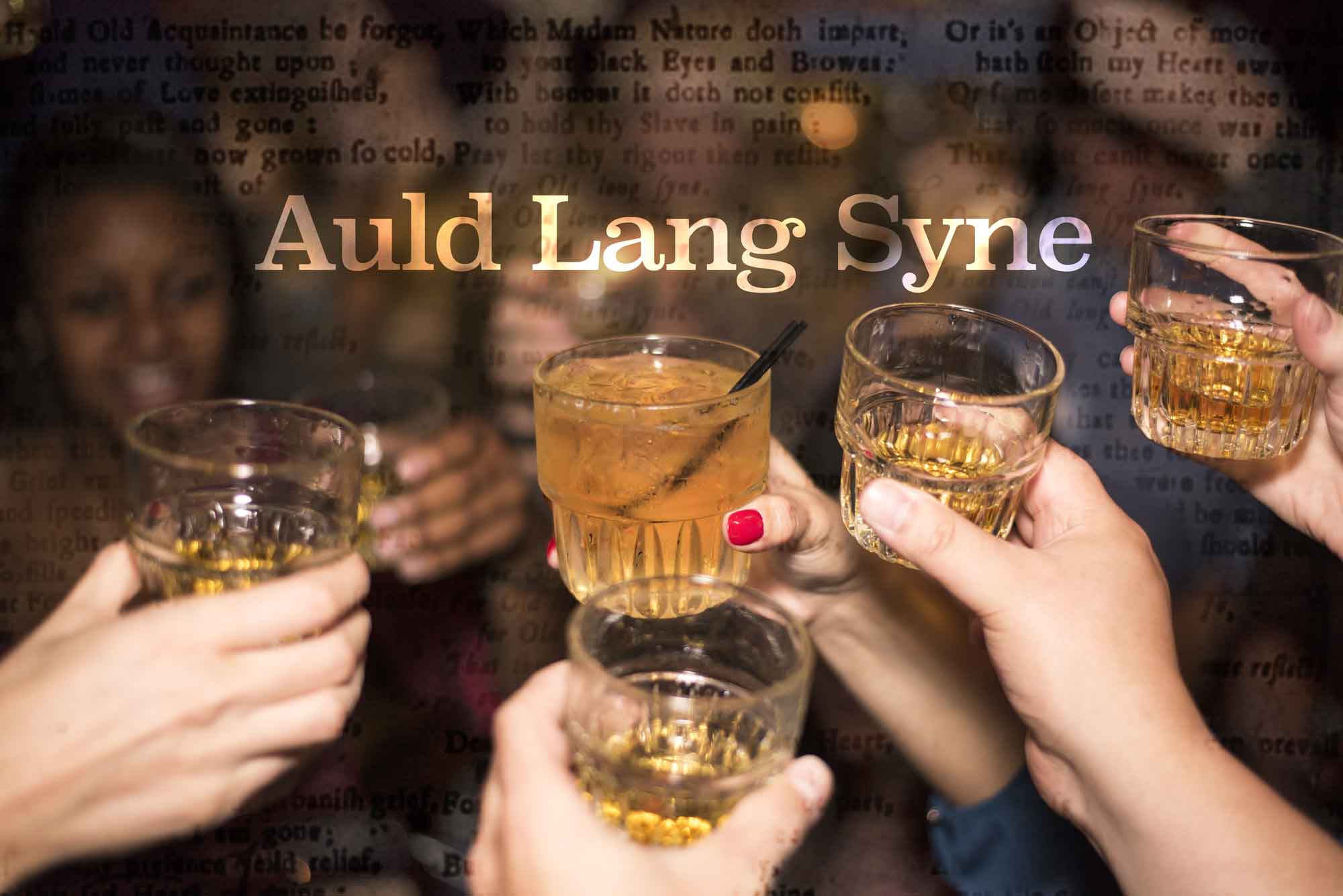 Every year on New Year’s Eve, total strangers will gather together and attempt to sing an old song called Auld Lang Syne. But what is this New Year’s song and what does Auld Lang Syne even mean?

Auld Lang Syne is an old Lowland Scots poem published by Robert Burns in 1788. Roughly translated, it means “long, long ago”. However, the song isn’t an entirely original composition. Burns collected the lyrics from multiple songs, including several versions of Auld Lang Syne, that hadn’t entirely existed in print before. The phrases “Old Long Syne” and “Auld Lang Syne”, as well as several lyrical similarities to the Burns version, can be found in older poems and ballads by Allan Ramsay, Robert Ayton, and James Watson.

Over the centuries, singing Auld Lang Syne on New Year’s Eve became a Scottish tradition. From Scotland, it slowly spread to other parts of the British Isles. Then as people from the United Kingdom emigrated around the world, they took the New Year’s Eve song and tradition with them.

It’s now a custom in many English-speaking counties to sing the Auld Lang Syne song at New Year’s Eve to bid farewell to the old year. The song is also commonly heard at funerals, graduations, and other formal occasions as a way to say goodbye.

In 2017, a group of Amazon employees recorded a version of the New Year’s song for an Alexa skill. If you own an Amazon Echo product, just ask Alexa the following to hear it: “Alexa, sing Auld Lang Syne (pronounced “auld lang sign”). Amazon even shared an Auld Lang Syne YouTube clip of the recording session.

In addition to singing Auld Lang Syne, there’s a variety of New Year’s related commands you can ask Alexa. These include an Alexa New Year’s Eve countdown, jokes, and even a bar locator.

Auld Lang Syne is a hard song to memorize. As a result, when the clock strikes midnight on New Year’s Eve, millions of people around the world will try to fake their way through the lyrics. Here’s an English version of the lyrics below in case you want to practice. Do your friends a favor and use this printable version of the New Year’s song to make some handouts of the lyrics: Auld Lang Syne Printable Lyrics

And surely you’ll buy your pint cup!
and surely I’ll buy mine!
And we’ll take a cup o’ kindness yet,
for auld lang syne.

We two have run about the slopes,
and picked the daisies fine;
But we’ve wandered many a weary foot,
since auld lang syne.

We two have paddled in the stream,
from morning sun till dine;
But seas between us broad have roared
since auld lang syne.

And there’s a hand my trusty friend!
And give me a hand o’ thine!
And we’ll take a right good-will draught,
for auld lang syne.

On New Year’s Eve, total strangers will attempt to sing an old song called Auld Lang Syne. But what is this New Year’s song and what does #AuldLangSyne mean? Let’s find out…. #NewYearsSong #NewYearsEve