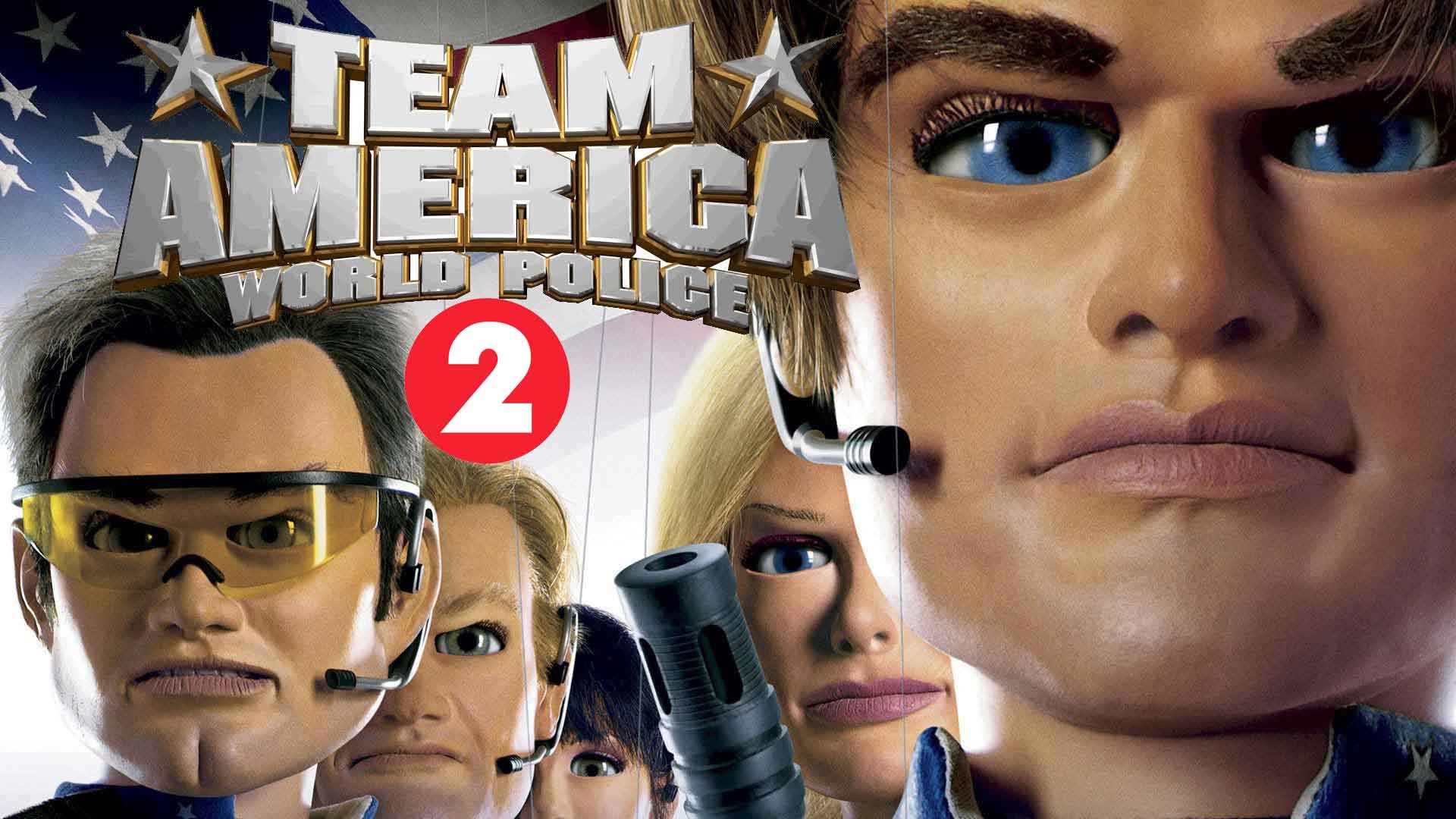 The 2004 film, Team America: World Police by Trey Parker and Matt Stone, is both offensive and hilarious. Over the years, the film has generated a very strong cult following. But if you’re hoping for a Team America 2 sequel, I have some bad news. It’s probably never going to happen. Here are all the reasons why Team America 2 will never, ever, get made.

01) Puppets Are Hard To Work With

Trey Parker and Matt Stone do not like working with puppets. The duo had to rewrite the script several times because they couldn’t make the puppets work in their scenes. Stone nicknamed their animation technique “supercrappymation” because the marionettes featured in Team America have such limited movement.

“I don’t know why we thought doing a puppet movie would be fun because it was terrible,” Stone continued. “It was really hard because they can’t do anything at all.”

Stone isn’t alone in his dislike for marionettes. Trey Parker also feels that working with puppets is limiting. In a 2004 MovieWeb interview, Parker said: “We’re in, so we have to finish this f–ing thing, but I hate it. I do. I hate it.”

In 2004, George W. Bush was President Of The United States. According to an anonymous “White House official” that spoke to Matt Drudge from The Drudge Report, President Bush was horrified by Team America. His administration felt that Team America was trivializing the War on Terror.

However, not every US President has felt the same way about Team America. President Donald Trump‘s foreign policy strategy may be partially inspired by Team America’s theme song “America, F— Yeah!”. “The president believes that we’re America, and people can take it or leave it,” said Thomas Wright, Senior Fellow at The Brookings Institution.

Initially, some of the executives at Paramount Pictures loved the idea of a “puppet” movie. Everyone assumed that a puppet film would be a low-budget project. It wasn’t. Between the scale, animatronics, and elaborate sets, Team America cost $32 million to make. It’s the most expensive puppet movie ever made. Despite its production costs, the film was still profitable and made $50 million worldwide. Even so, executives at Paramount may not have an appetite for another big-budget R-rated puppet movie, including a Team America 2.

04) Struggle With The MPAA

According to Matt Stone, the infamous puppet sex scene in Team America: World Police was meant to distract the MPAA from the rest of the movie, so they’d only focus on cutting down that specific scene. It was edited down nine different times to get an R rating, but the uncut version is available in the unrated version of the film.

Matt Damon wasn’t very happy about his puppet and persona in Team America. But not directly angry at Matt Stone and Trey Parker.

Sean Penn, on the other hand, was extremely offended by the film. He wrote an angry letter to Parker and Stone that closed with the line “a sincere fuck you, Sean Penn.”

To Trey Parker and Matt Stone,

I remember a cordial hello when you guys were beginning to be famous guys around Hollywood at some party. I remember several times getting a few giggles out of your humor. And I remember not being bothered as you traded on my name among others to appear witty, above it all, and likable to your crowd. I never mind being of service, in satire and silliness.

I do mind when anybody who doesn’t have a child, doesn’t have a child at war, or isn’t or won’t be in harm’s way themselves, is encouraging that there’s “no shame in not voting” “if you don’t know what you’re talking about” (Mr. Stone) without mentioning the shame of not knowing what your (sic) talking about, and encouraging people to know. You guys are talented young guys but alas, primarily young guys. It’s all well to joke about me or whomever you choose. Not so well, to encourage irresponsibility that will ultimately lead to the disembowelment, mutilation, exploitation, and death of innocent people throughout the world. The vote matters to them. No one’s ignorance, including a couple of hip cross-dressers, is an excuse.

All best, and a sincere fuck you,

P.S. Take this as a personal invitation from me to you (you can ask Dennis Miller along for the ride as well) to escort you on a trip, which I took last Christmas. We’ll fly to Amman, Jordan, and I’ll ride with you in a (?) 12 hours through the Sunni Triangle into Fallujah and Baghdad, and I’ll show you around. When we return, make all the fun you want.

The original film had the element of surprise. Many of the celebrities in Team America: World Police didn’t know they were portrayed in the movie before it was too late. But a lot of angry actors calling their movie studios to complain about a Team America 2 sequel will be tough for a production team to navigate.

06) Too Much Time Together

But after Team America, Matt Stone has publicly said that he will never make another film with Trey Parker again. Not because they don’t like each other. They do. But the two already work long hours together on the TV show, South Park. Adding films to their already full schedule forces them into 16-hour workdays, seven days a week. Stone describes the experience of making Team America as the “lowest point in his life” and said, “I never want to see a puppet again.”

North Korea doesn’t like being criticized. The release of the 2014 Seth Rogan and James Franco film, The Interview, didn’t go according to plan. North Korea was very unhappy with the film and its storyline about the assassination of Kim Jong-Il. As a result, the rogue nation made multiple threats against Columbia Pictures, a subsidiary of Sony Pictures. The film was edited to make it more acceptable to North Korea, but a theatrical release was still planned.

Days before the release of The Interview, Sony Pictures was cyber-attacked by a hacker group with North Korean ties called the “Guardians of Peace.” Sony’s entire system was hacked, and both films and embarrassing emails were leaked. The embarrassing scandal forced Sony only to release The Interview online. North Korea denied any involvement in the hack.

A Team America 2 sequel that references North Korea would likely prompt a similar response. It’s doubtful that any movie studio would be willing to retake that big of a risk.