Did you buy a cheap TV recently? Think you got a good deal? Think again.

The FCC is handing out over $3.9 million in proposed fines to retailers including Wal-Mart, Target and Sears for failing to inform consumers the analog TVs they sold in 2007 won’t be able to receive digital signals without a separate tuner after Feb. 17, 2009. Manufactures such as LG and Vizio are also being fined for labeling violations. Looks like everyone was trying to offload their useless TV inventory at our expense. Rat bastards!

So at the end of the day, that good deal you got on that cheap TV might not have been such a good deal after all.

If you decide to return the TV, just pack it better than this person did [pics].

Tutorial: How NOT to Ship a HDTV 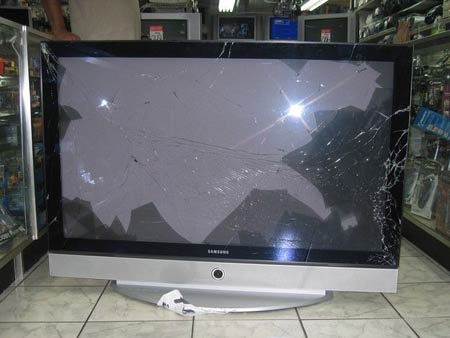